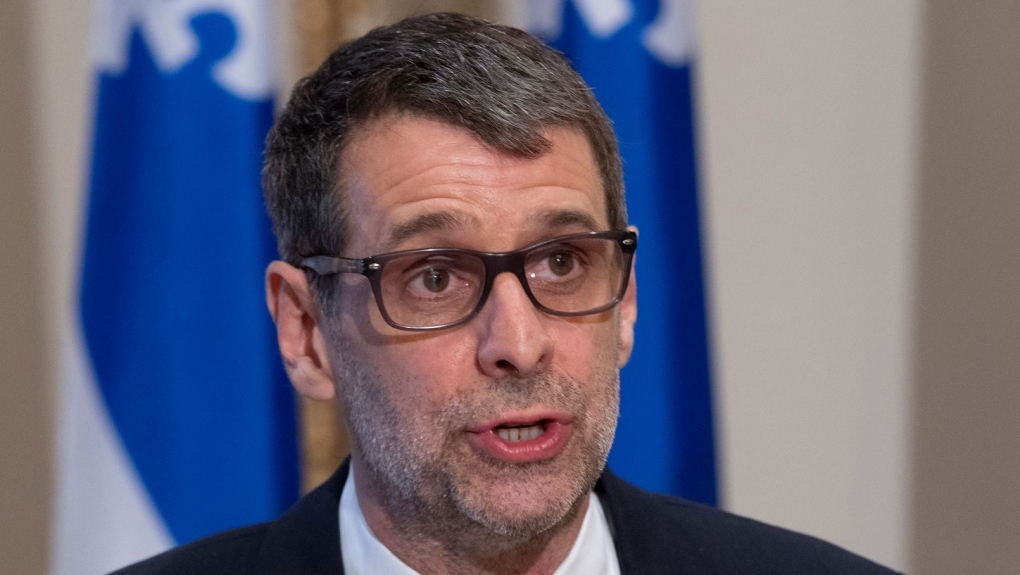 Quebec Conservative Party Leader Éric Duhaime speaks at a news conference, Friday, June 18, 2021 at the legislature in Quebec City. MNA Claire Samson, not shown, announced she was leaving the Coalition Avenir Quebec government to join the Quebec Conservative Party and become the first member to sit at the legislature. THE CANADIAN PRESS/Jacques Boissinot

MONTREAL -- A Quebec restaurant says it received several death threats after cancelling a reservation from the Conservative Party of Quebec last week.

The threats prompted the party’s president, Éric Duhaime, to issue a plea for calm and restraint, saying restaurants have suffered enough through the pandemic and do not need to deal with "bullying" from the public. In a Facebook post, Duhaime also denounced "the rise of a very disturbing cancel culture now, imported from the US."

"Quebec's restaurant owners have undergone the most abusive health measures in the continent for the past year. They need all our support. With that being said, I cannot accept being tried to gag, intimidate or threaten me," the party head wrote.

One of the restaurants implicated in the tiff is Hopera, in the Jonquière borough of Saguenay.

A request for comment from the restaurant’s owner was not returned Monday afternoon.

The restaurant also responded to Duhaime's posts with one of its own, writing on Facebook on Sunday that the Conservative leader is not banned from the restaurant, however, the reservation was cancelled because it was scheduled for a political event without an official request. Hopera added that it only learned about the partisan meeting through social media.

"Turn someone down for their political convictions, no. Turn down an event held behind our back without our consent, yes," the post stated.

The statement went on to claim that: "Neither Hopera nor the other restaurateurs who refused this event have been under pressure from political leaders."

In a subsquent post on Monday, Duhaime said he spoke with two of restaurants that also cancelled his reservations last week and said the "page is turned."

"We explained each other. They apologized. I accept their apologies. I even pledge to go visit them soon," he wrote.

The party said it will continue its tour through the Saguenay-Lac-St-Jean region over the next few days.