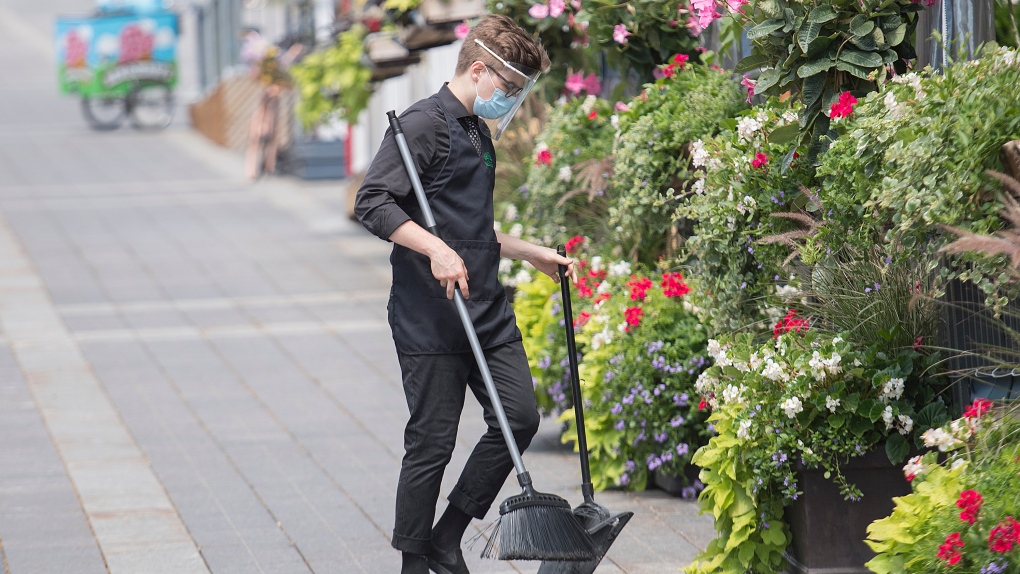 A man wears a face mask and shield as he cleans the sidewalk next to an outdoor terrace in Montreal as the COVID-19 pandemic continues in Canada and around the world. THE CANADIAN PRESS/Graham Hughes

MONTREAL -- There are now 5,609 people who have died of COVID-19 in Quebec, health authorities announced Thursday, as confirmed cases in the province reached 56,216.

That’s up six from the total 5,603 deaths reported Wednesday; of the newly reported deaths, two occurred over the past 24 hours, health authorities said, while four took place prior to July 1.

There are 308 people being treated for COVID-19 in Quebec hospitals as of Thursday, down 23 from the 331 reported Wednesday. Of those in a hospital, 27 are in intensive care, the same as the number reported 24 hours earlier.