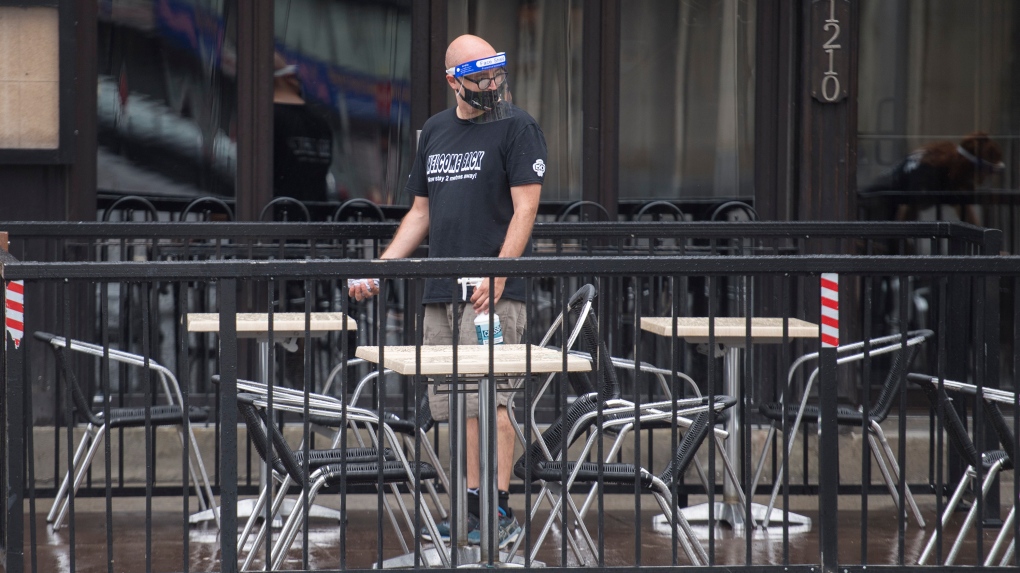 A man wears protective gear as he cleans the outdoor terrace of a pub in Montreal, Saturday, July 11, 2020, as the COVID-19 pandemic continues in Canada and around the world. THE CANADIAN PRESS/Graham Hughes

MONTREAL -- There are now 5,633 people who have died of COVID-19 in Quebec, health authorities announced Tuesday, as confirmed cases in the province reached 56,730.

That’s up five from the total of 5,628 deaths reported Monday.

There are 295 people being treated for COVID-19 in Quebec hospitals as of Tuesday, down 10 from the 305 reported Monday. Of those in a hospital, 21 are in intensive care, the same as reported 24 hours earlier.