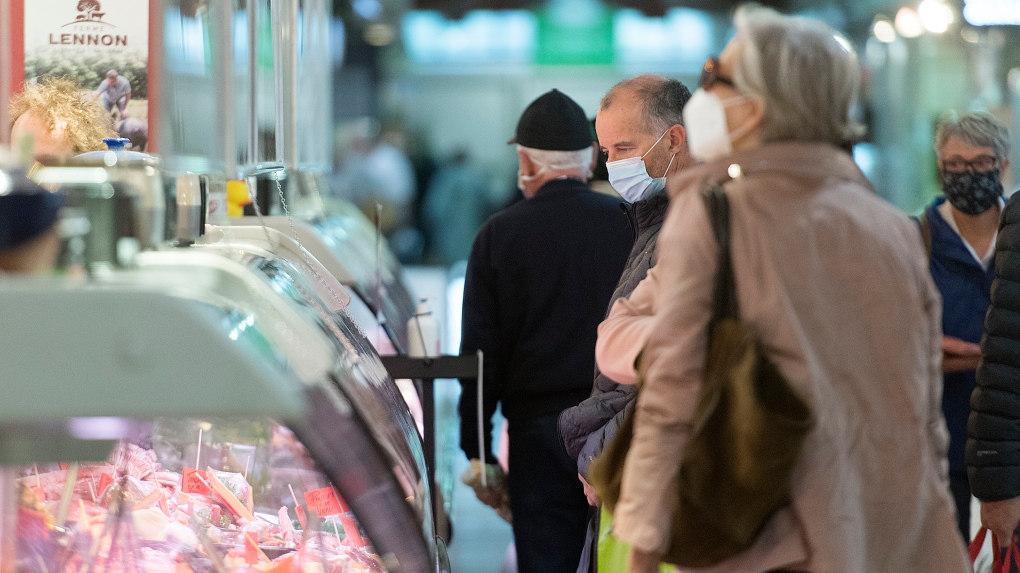 People wear face masks as they shop at a market in Montreal, Sunday, Sept. 13, 2020, as the COVID-19 pandemic continues in Canada and around the world. THE CANADIAN PRESS/Graham Hughes