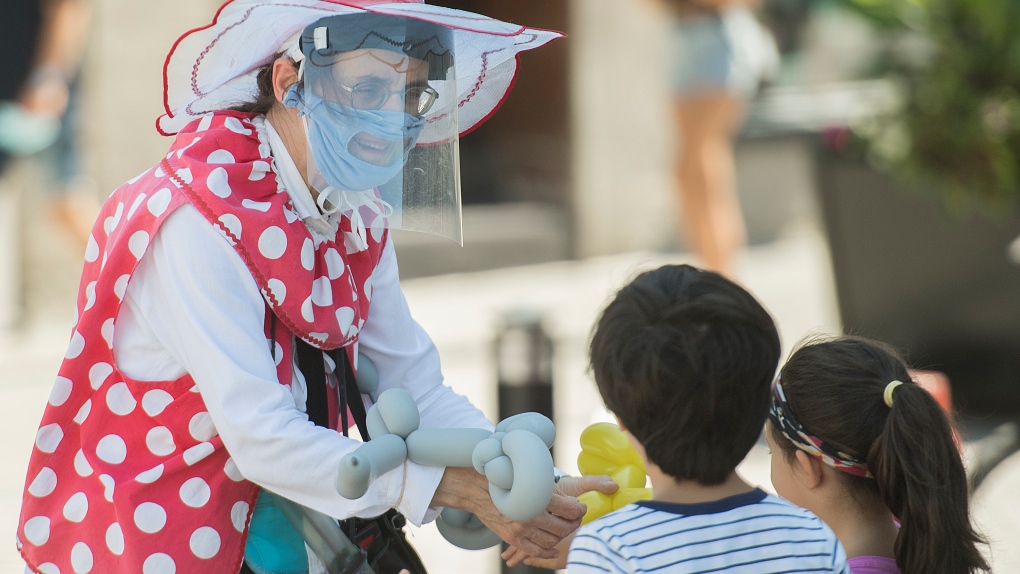 A clown makes balloon shaped animals for children in the Old Port of Montreal, Sunday, August 16, 2020, as the COVID-19 pandemic continues in Canada and around the world. THE CANADIAN PRESS/Graham Hughes

MONTREAL -- Quebec health authorities announced 46 new cases of COVID-19 on Tuesday, bringing the total amount of cases in the province since the start of the pandemic to 61,252.

Tuesday is the fifth consecutive day Quebec has reported under 100 new cases of the virus in a 24-hour period.

There are 145 people being treated for COVID-19 in Quebec hospitals as of Tuesday, the same number reported Monday -- but there are two more in intensive care, for a total of 27.

As of Tuesday, 54,083 people were confirmed recovered from COVID-19 in Quebec.