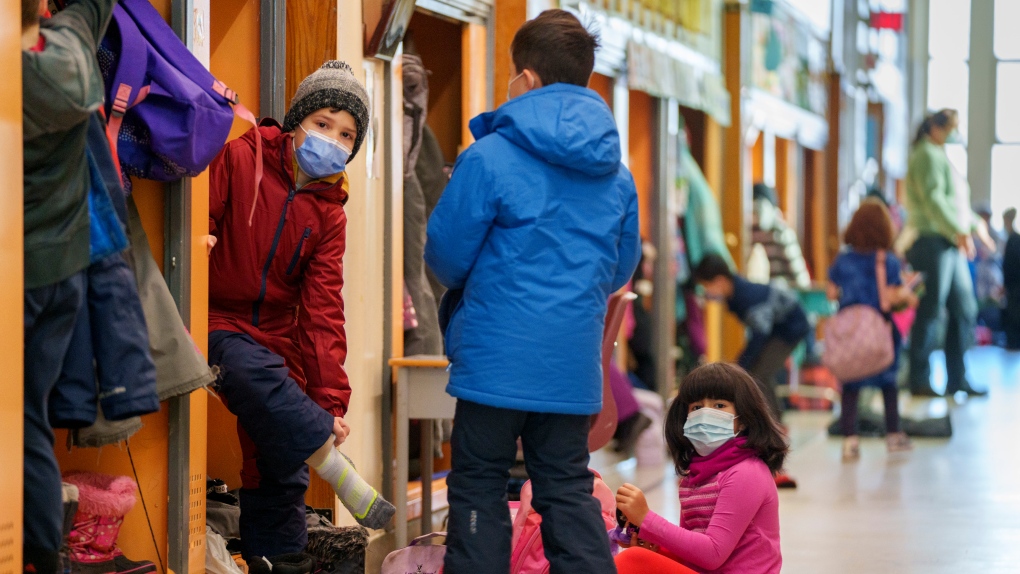 Students in an elementary school get ready for class as Quebec students get back to school in Montreal on Tuesday, January 18, 2022. THE CANADIAN PRESS/Paul Chiasson

Hospitalizations are continuing to improve in Quebec, dropping by 31 and bringing the total from 1,789 to 1,758.

The health ministry reported Sunday that the number of patients in intensive care has gone from 120 to 114, down by six; the number of deaths linked to COVID-19 is 12

1,197 new cases were confirmed via PCR tests, according to the government. By comparison, 1,736 were reported the previous day.

14,508 doses of the booster shot were administered Saturday.

Teens aged 12 to 17 are now eligible to register for their booster appointments.