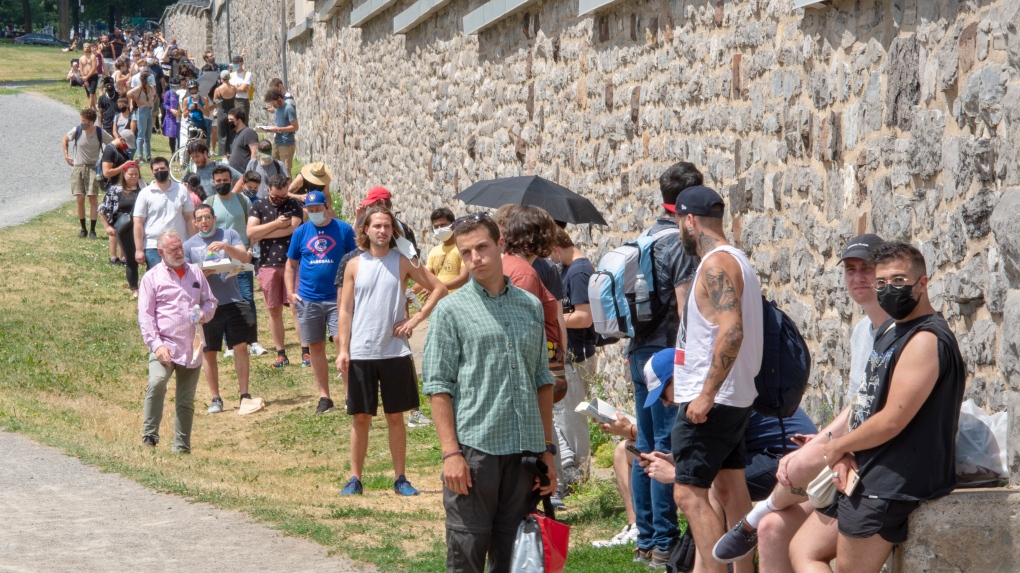 Hundreds of people line up at the COVID-19 testing clinic Wednesday, July 15, 2020 in Montreal. The city has recommended that anyone who has been in a bar since July 1, 2020 to get tested. THE CANADIAN PRESS/Ryan Remiorz

MONTREAL -- There are now 5,646 people who have died of COVID-19 in Quebec, health authorities announced Thursday, as confirmed cases in the province reached 57,001.

That’s up 10 from the 5,636 deaths reported Wednesday; nine of the newly reported deaths took place over the past 24 hours, health authorities said, while one occurred prior to July 8.

COVID-19 cases in Quebec rose 142 from the 56,859 announced a day earlier; that is the highest number of new cases since June 25, when 142 cases were also reported.

There are 277 people being treated for COVID-19 in Quebec hospitals as of Thursday, down eight from the 285 reported Wednesday. Of those in a hospital, 20 are in intensive care, the same number reported 24 hours earlier.