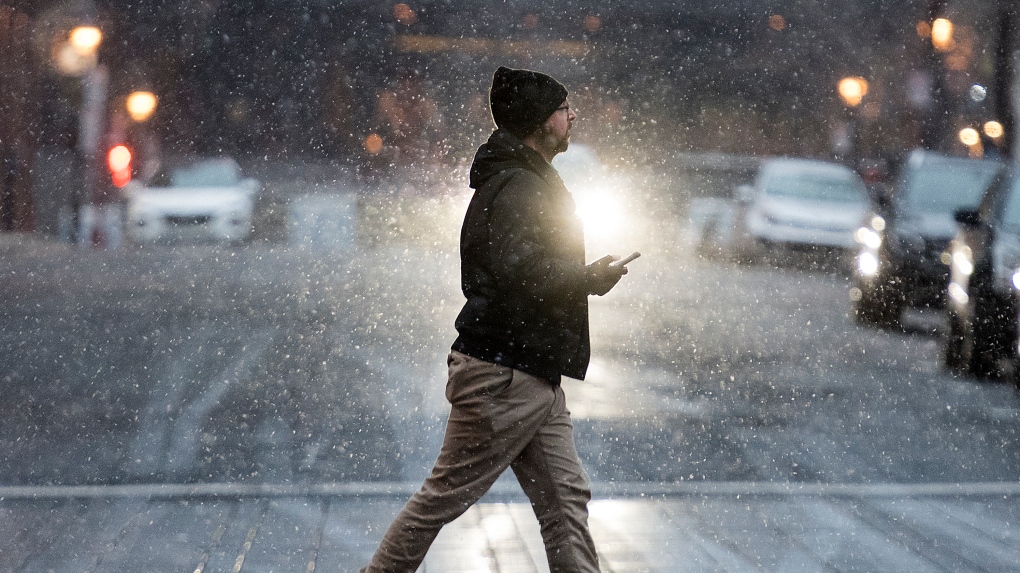 A man walks along a street as light snow falls in Montreal, Sunday, November 22, 2020, as the COVID-19 pandemic continues in Canada and around the world. THE CANADIAN PRESS/Graham Hughes

MONTREAL -- Quebec health authorities reported 1,100 new cases of COVID-19 on Wednesday, bringing the total number of cases in the province since the start of the pandemic to 135,430. Of them, 10,964 are active.

The province's current seven-day average is 1,171 new cases of COVID-19 per day.

Hospitalizations remained stable in Quebec from Tuesday to Wednesday; there are still 655 people receiving treatment for COVID-19 in hospitals across the province. Of them, 93 are in the intensive care ward, which is three less than the number reported on Tuesday.

Health authorities also reported 927 more recoveries in the province on Wednesday for a total of 117,551.

Quebec reported that it completed analyses of 24,067 COVID-19 samples on Nov. 23 (Quebec reports its daily testing figures from two days prior).