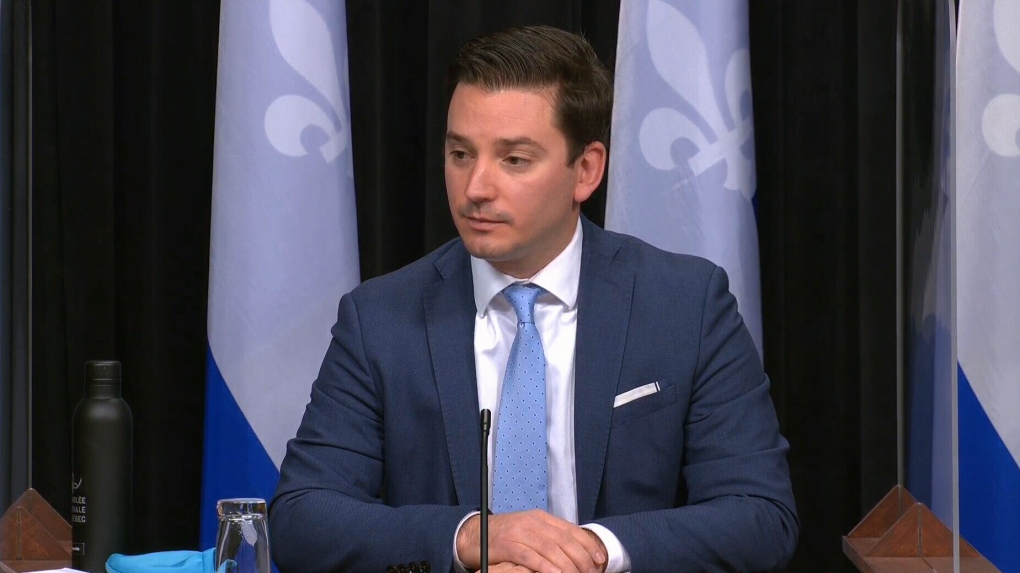 The announcement was made Wednesday by the minister responsible for the French language, Simon Jolin-Barrette.

The Minister is still expected to table his major reform of the Charter of the French Language this spring before the National Assembly adjourns on June 11.

There are only 21 days left in the session before the adjournment. If there is no window of opportunity, it would have to be postponed until the fall.

The government is waiting for the right moment to reopen the language debate in Quebec, a difficult choice in the midst of the third wave of the COVID-19 pandemic.

The introduction of the French language bill, which is expected to be one of the government's most important bills in this mandate, has been repeatedly postponed since last year.

In the meantime, the government is showing its intention to multiply initiatives in this area by funding eight projects totalling approximately $17 million related to the promotion of French in various settings, to be carried out this year.

The Minister presented this as "a first phase of investments" aimed at enhancing the use of French in Quebec.

Tele-Québec will receive $3 million to carry out a project entitled "the year of the French language."

The municipal world will not be forgotten.

Local businesses on the island of Montreal will share $2.7 million to promote the French language through a grant to the Association des societes de developpement commercial de Montreal.

Option Consommateur will be able to inform consumers of their rights to be served in French, with a check for $1.8 million.

Other recipients are the Lionel-Groulx Foundation ($1.5 million), the FTQ ($1.5 million) and the "Public Writers" project, which will receive $2 million.