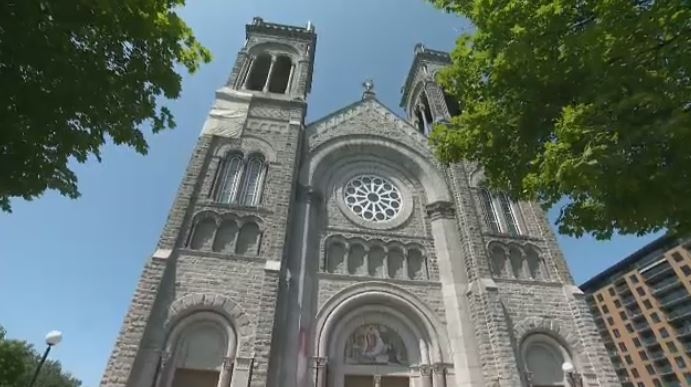 The Tres-Saint-Sacrament Church in Quebec City

MONTREAL -- Historic religious buildings across the province are about to get a makeover, thanks to $15 million the province has set aside for their upkeep over 2020-21.

Specifically, the funds will be used to restore 62 buildings and three organs scattered across the province. The selected projects will be the  announced in the various regions of Quebec in the coming weeks.

The government said on Monday through a statement that the funds will finance up to 80 per cent of each project’s cost, and that the initiative is important in order to "preserve the beauty of the towns and villages that make Quebec so proud."

"Cultural heritage of a religious nature is intimately linked to our history and our identity, and it is at the heart of our towns and villages," Nathalie Roy, the minister of culture and communications, said in a statement. "Restoring the buildings and their objects will allow us to preserve them as historic attractions and contribute to the pride of the communities that saw their birth."

The news comes after Bill 21 – a province-wide ban on religious symbols among persons giving or receiving government services – was passed in 2019. The law promotes the separation of religion and the state as well as the state’s religious neutrality, and specifies that it "has effect despite certain provisions of the Charter of human rights and freedoms and the Constitution Act, 1982."

The bill specifies that it isn’t supposed to be interpreted as "affecting the emblematic or toponymic elements of Québec’s cultural heritage that testify to its history."