Elmer Rocael Lopez clutches his passport in his left hand and a stack of papers in his right as he takes the elevator at Trudeau Airport.

Under the brim of his black baseball hat, his eyes crinkle as he smiles while he talks. Although he's thousands of kilometres from his native Guatemala, he says the welcome he received at the airport from Carol Garcia makes him feel welcome.

"She makes me feel at home even though I'm not with the same familiar faces, friends that speak Spanish," he says.

Lopez is a temporary foreign worker who will be one of the employees on a farm in Saint-Eustache this summer. He arrived on a plane with over 100 other workers, all men, who will be employed in Quebec for the farming season.

They are greeted by a team of Public Health employees that can speak 16 different languages to provide information about COVID-19 protocols. 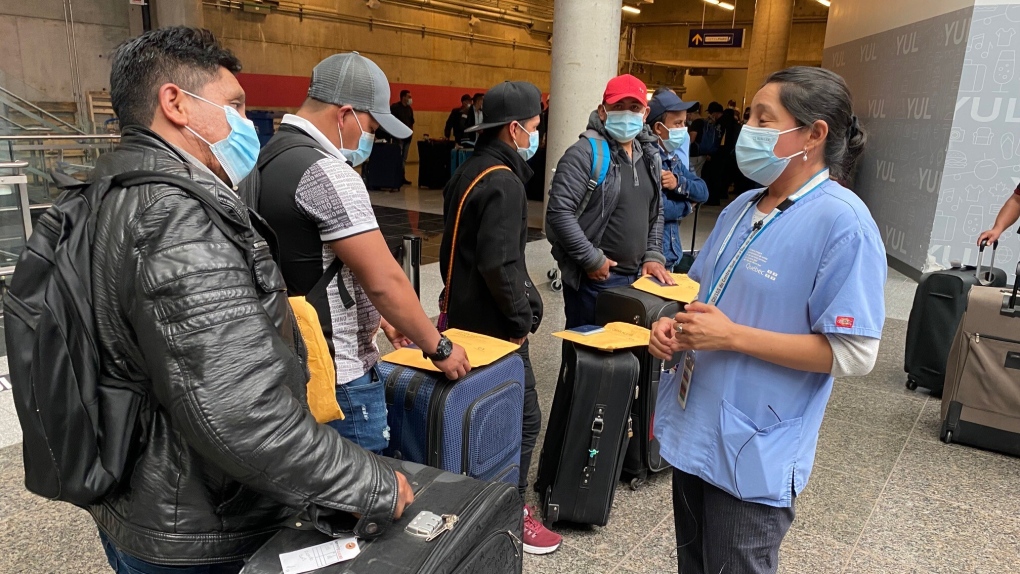 Foreign workers arrive in Montreal and are greeted by public health officials, who explain the rules related to COVID-19. (Kelly Greig/CTV News)

Garcia's mother tongue is Spanish. She was trained as a doctor in Peru and worked with Doctors Without Borders for over 10 years.

She doesn't have her Quebec equivalencies and says this is a way she can still care for people.

"It's a lot of reassurance when the workers arrive to have someone who speaks their language, knows their culture, and knows generally what the situations are back in their home countries." she says. "It creates a lot more confidence in the health system here."

Since 2020, public health has made hundreds of visits to the airport. At first, it was to help test and vaccinate newcomers.

Now, its primary goal is to provide information about the regulations in Quebec and isolation guidelines should someone catch the virus. 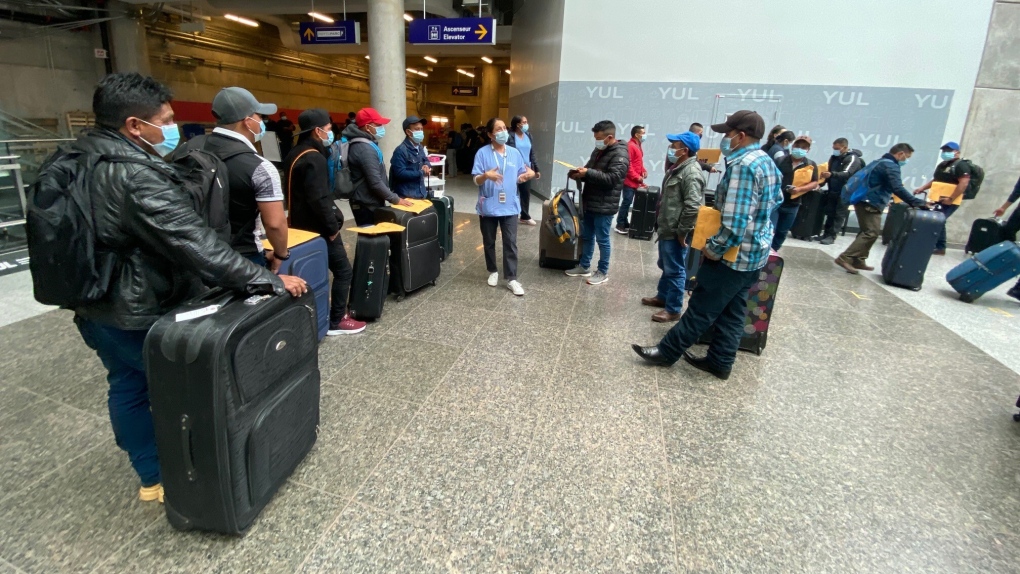 Twenty thousand temporary foreign workers were allowed into Quebec last year. This year that number is expected to increase as Ottawa has allowed Quebec farmers to employ more workers to address the province's labour shortage.

Upon arrival, workers are asked to sanitize their hands, provided with new masks and can watch a video in Spanish with the latest regulations.

Public health confirms around 99 per cent of workers are coming back this summer with at least two doses of vaccine.

Lopez says the program helped him get information about the shots. "It was fairly simple for us because our boss and the doctors made it possible to get the vaccination as fast as possible," he says.