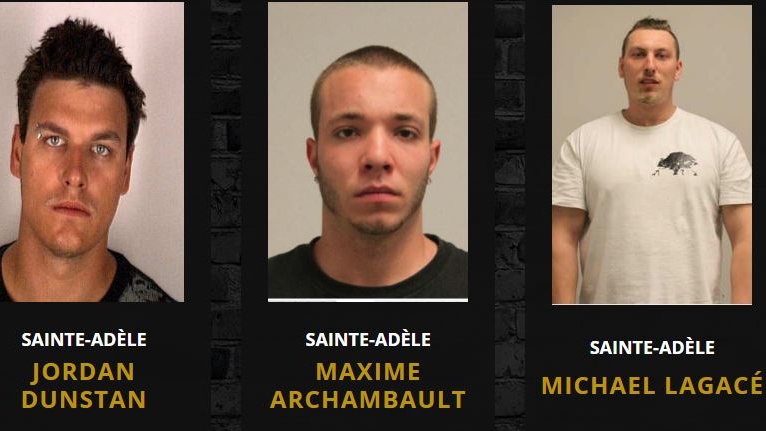 Quebec provincial police are searching for Jordan Dunstan, Maxime Archambault and Michael Lagace, who disappeared from a Ste-Adele therapy centre in violation of a court order. (Photos: Surete du Quebec)

MONTREAL -- The Surete du Quebec is on the unt for three men with histories of violence who have been at large since Tuesday.

A spokesperson for the provincial police said the three were in a therapy centre in Ste-Adele in the Laurentians and left on June 15 in violation of a court order.

“They could be together, or not, in the St-Hippolyte sector of the Laurentians, the Lanaudiere region or even in Abitibi-Temiscamingue,” said Stephane Tremblay.

Tremblay said the three “are not considered dangerous to the public. These are people accused of different crimes, such as assault or uttering threats, crimes related to violence, but as far as the general public is concerned, there is no danger.”

-- This report by The Canadian Press was first published in French on June 16, 2021.