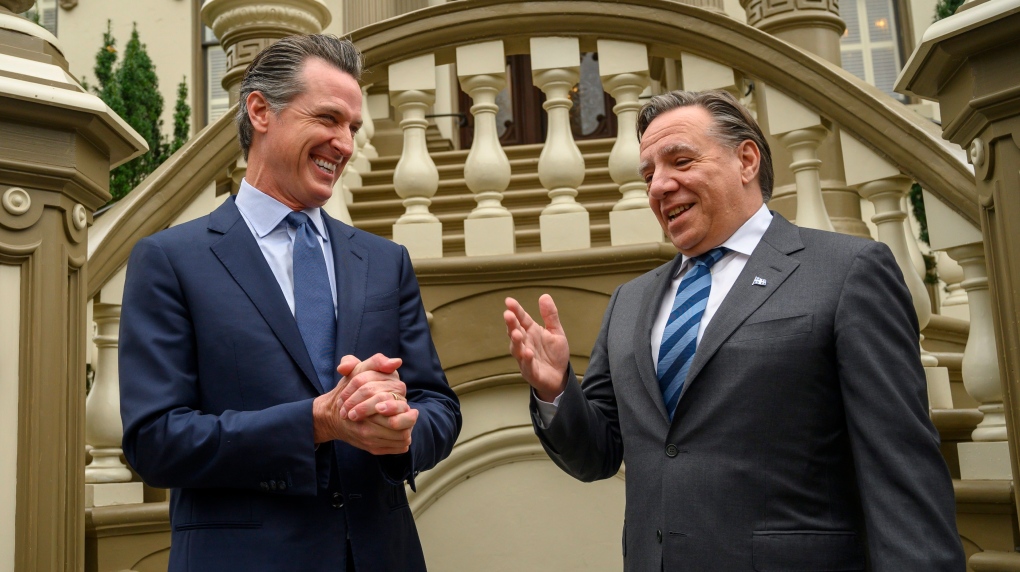 MONTREAL -- Quebec Premier François Legault is defending comments made Wednesday in which he declared all French-Canadians are Catholic.

Legault raised eyebrows Wednesday over a religious comment he made during a short photo-op with Governor of California Gavin Newsom in the Golden State.

“You’re Catholic, no?” Legault asks the governor as cameras snap away.

“Yeah, me too. Of course, all French are Catholic – but you’re Irish?” he responds.

“Irish Catholic; with all the good and bad that comes with it. We have a lot of history, Irish Catholics,” Newsom says.

“Of course, I understand. We can talk about religious signs,” Legault laughs.

“Oh, I know it’s an issue for you guys,” Newsom replies, waving his hands. “I don’t want to get into that.”

It was an apparent reference to Quebec's adoption of Bill 21, legislation banning religious symbols for some public-sector workers, including teachers and police officers.

In a tweet Thursday responding to news coverage of his remarks, Legault says he was "of course" referring to "our shared origins, the Catholic Irish and the Catholic French."

The exchange garnered strong reaction in the province, including from fellow politicians like Gabriel Nadeau-Dubois, the co-spokesperson of Québec solidaire.

“Long live secularism,” the 29-year-old tweeted. “The premier tells you ALL ‘French Canadians’ are Catholic. Lord, it's embarrassing.”

Legault was in California to visit Hollywood, Silicon Valley and discuss the carbon exchange with Newsom, which seeks to regulate the greenhouse gas emissions of large companies.

The trip was primarily a way for the premier to explore potential new markets for Quebec companies, including in the film, business and technology industries.