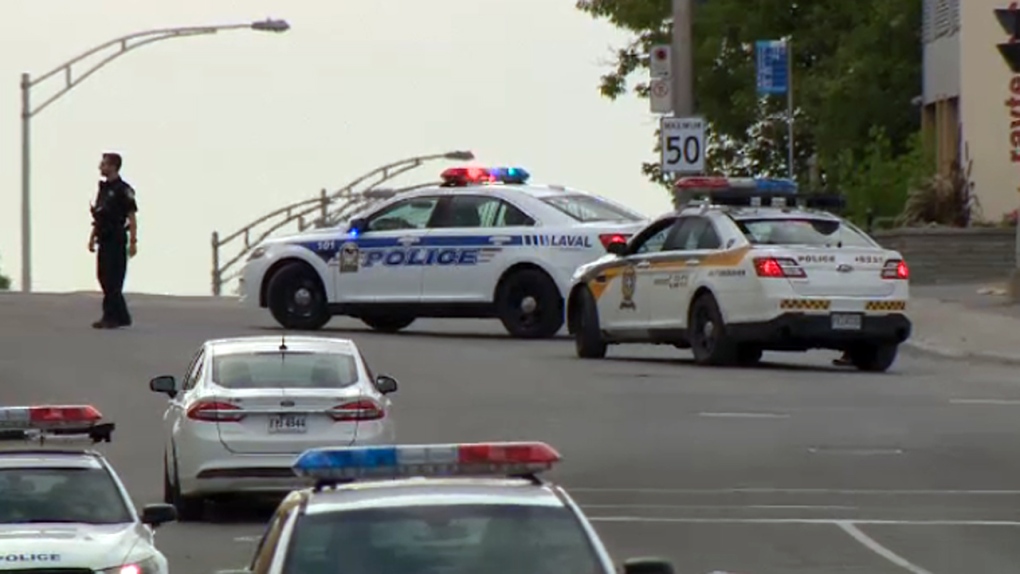 Laval police and the Sureté du Quebec blocked traffic near Highway 440 and Des Laurentides Blvd. because of an armed man.

MONTREAL -- Quebec's police services are holding a weeklong operation that will aim to limit speeding and other forms of careless driving across the province, it was announced on Friday.

Police say they’ve noticed an increase in speeding incidents over the past few weeks all over Quebec, potentially due to a decrease in traffic caused by the COVID-19 pandemic. Drivers may have taken this as an opportunity to engage in risky driving, police said.

The operation comes as the province gradually lifts its deconfinement orders, since there will be an increased pedestrian, cyclist, and motorist presence on Quebec roads. As construction resumes across the province, there will also be workers on roads and highways again.

The operation, beginning on Friday and wrapping up on June 11, is a collaboration between police and the SAAQ.

This report by The Canadian Press was first published June 5, 2020.