Quebec police forces hand out nearly 1,500 tickets for curfew violations in a week 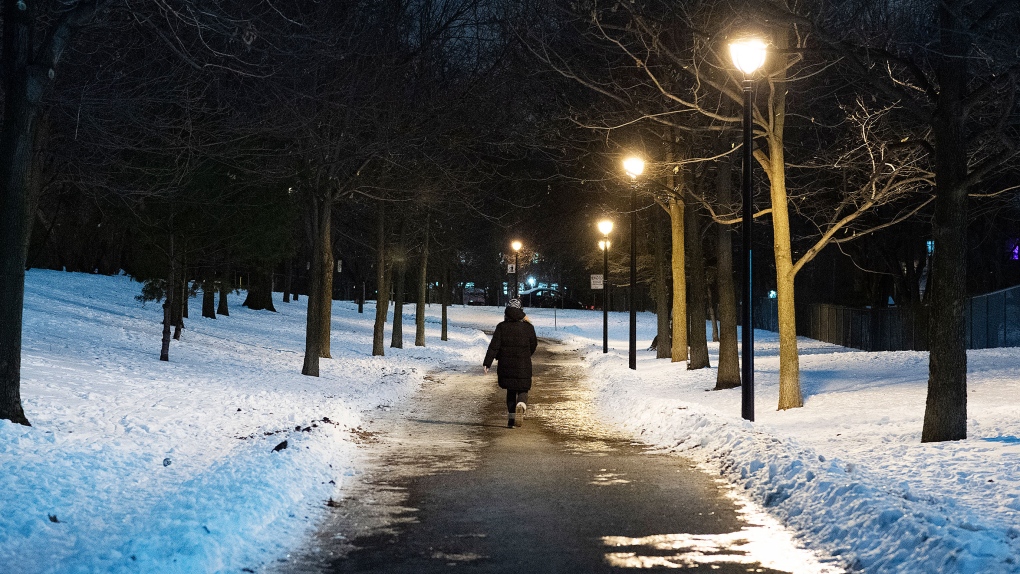 A woman walks in a park shortly before a curfew comes into effect in Montreal, Sunday, January 10, 2021, as the COVID-19 pandemic continues in Canada and around the world. The Quebec government has imposed a lockdown and a curfew to help stop the spread of COVID-19. The curfew begins at 8 p.m until 5 a.m and lasting until February 8. THE CANADIAN PRESS/Graham Hughes

MONTREAL -- Nearly 1,500 tickets for curfew violations were handed out between Jan. 11 to 17, Quebec's Ministry of Public Security announced on Twitter on Monday.

Quebec police forces issued tickets for 1,429 infractions over those seven days. That's in addition to the 740 tickets handed out over the first two days of the curfew.

In Levi, police broke up a gathering at a hotel Saturday night, with six people each receiving a $1,000 ticket.

The province imposed the curfew to try and bring down the number of COVID-19 cases.

Quebec reported 1,634 new cases of the virus Monday, as well as 32 deaths.

The new numbers bring the provincial total of Covid-19 cases since the beginning of the pandemic to 244,348, and 9,087 people have died of the virus.

Quebec is the only province to have a curfew in place.