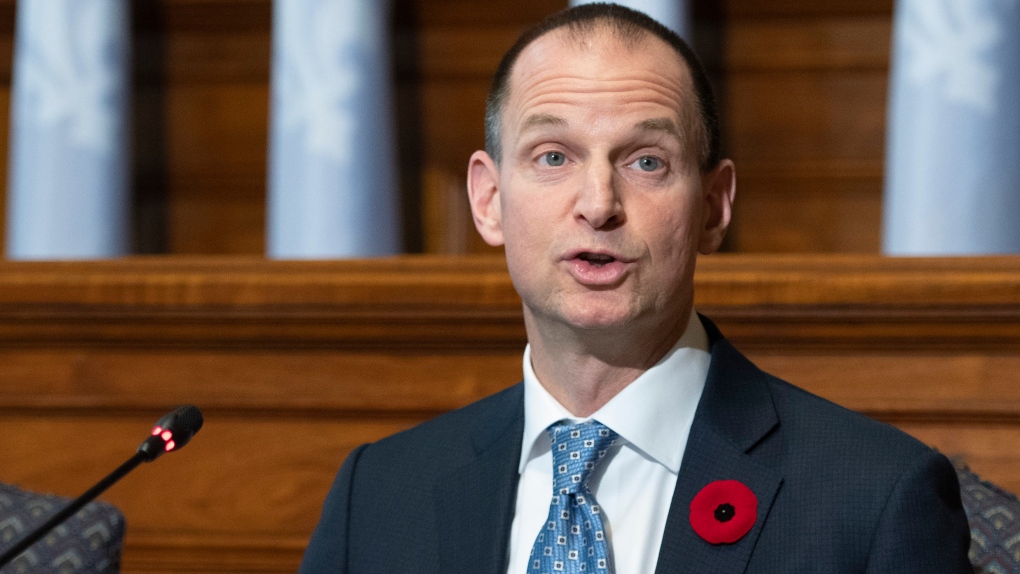 MONTREAL -- Quebec is extending an olive branch to Alberta in hopes of easing tensions between the two provinces.

In an open letter in the Financial Post on Friday, Finance Minister Eric Girard called Quebec a "partner" of western Canada and saying wants western provinces to prosper.

"We have a lot in common with the western provinces and we believe that together, we can accomplish a lot more," the letter reads.

He also corrected the record on certain issues -- like oil, for example.

Alberta Premier Jason Kenney has suggested Quebecers are hypocrites for using energy and receiving billions of dollars in equalization payments yet refusing to help out a western province that is hurting because its oil is landlocked.

Since the reversal on Enbridge's Line 9B, said Girard, Quebec's oil imports from western provinces went from less than five per cent in 2012 to almost half in 2018, making Quebec one of their 'best new customers.'

"Quebec is the province that receives the smallest amount per capita," he said, explaining that the province received $13.1 billion in 2019-2020, but that it is trying to "close the wealth gap with the rest of Canada and assume greater economic leadership within the federation."

"Someday, Quebec will no longer receive equalization payments, and this will be a great day for Québec and Canada."