"It has to do with simply the fact that it's a bilingual province and an English country," she said. 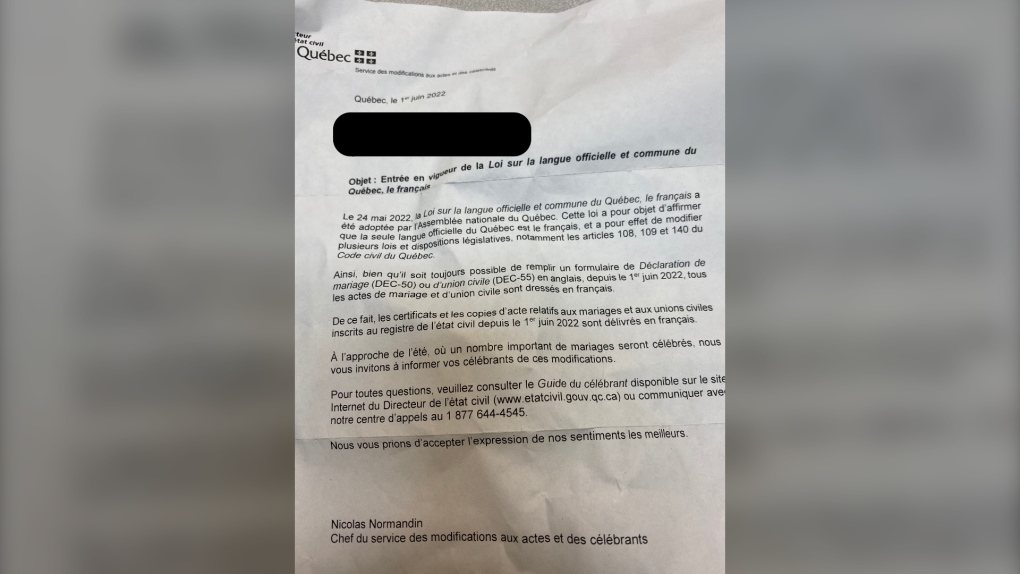