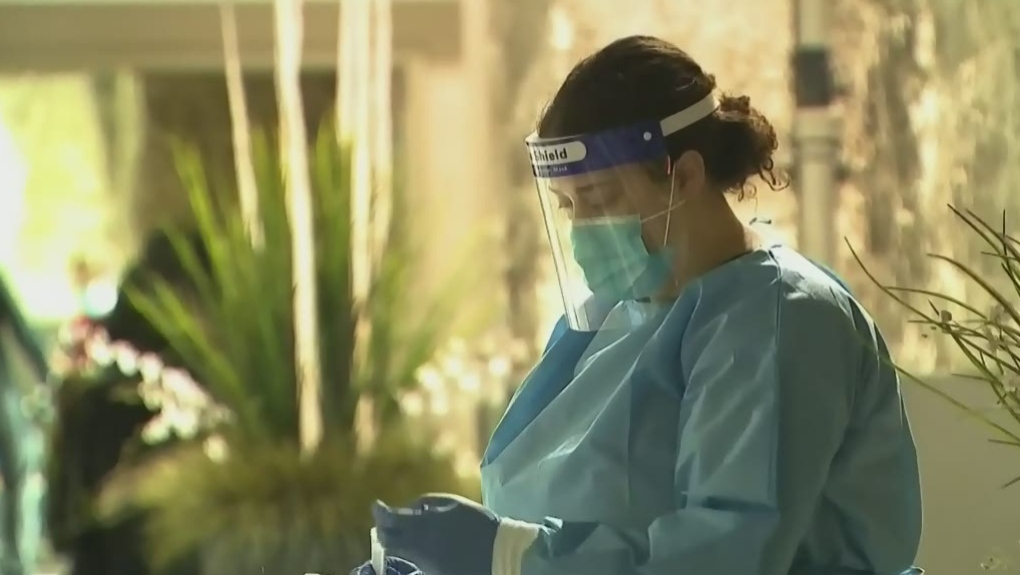 MONTREAL -- Saying that Quebec's need for nursing staff has "never been greater," the province has created a new program to entice undergraduate nursing students into an exceptional four-month stint "volunteering" at hospitals -- in exchange for a significant and taxable scholarship.

The health and education ministries jointly announced the move Monday afternoon, calling it "a voluntary program with scholarships to encourage nurses enrolled in [bachelor's programs] to come and lend a hand to the health network."

While it's a voluntary program, it will be rewarded with a lump sum payment when students go back to school: up to $13,500 for full-time nursing students or $6,750 for part-time students.

The province also suggested that the participating students would avoid paying tuition for the semester.

The students would "slow down their studies and suspend their internships" from Jan. 17 to May 8, said a press release explaining the program.

They'd commit to work full-time in a public or private health institution during that time and would be rewarded with scholarship money several months later, when they return to school in fall or next winter.

The students are also expected to decide by next Monday -- or perhaps sooner, if they want to qualify, since the scholarships will be given out on a first-come first-served basis.

Students enrolled in bachelor's nursing programs are eligible. They must have a CEGEP diploma in nursing and also be enrolled in a program leading to a bachelor's degree in nursing. They also must be resuming their studies in fall 2021 or winter 2022, in the same program.

Up to 2,000 people will be accepted, with each school getting a certain number of the scholarships based on its student body size.

The program will be funded with $35 million, $27 million of which is going towards the scholarships -- the rest will be used to cover the "loss of income" for the universities in unpaid tuition fees, the announcement said, though it didn't specify whether all the working students will be permitted to forgo tuition for the semester.

The province has gotten creative before about filling staff shortages, most notably in its effort to recruit and train 10,000 new orderlies at lightning speed over the summer.

About two-thirds of those new orderly recruits are now working in the health system, while a third either failed or dropped out. The province is now training about 3,000 more people to replace them.

In the news release, Higher Education Minister Danielle McCann stressed that the province wants temporary helpers who are ready to commit.

“Our universities rely on young professionals who are motivated and ready to fully invest in the health care network, especially in this unprecedented period, when labour needs have never been so high," she said.

"The higher education network must join forces with the health and social services network to bring more nursing labour into the field."

Health Minister Christian Dubé was quoted as saying that “the needs of the nursing workforce have never been greater" and that the province is "taking the necessary measures to meet this major challenge, as we demonstrated with the training program for orderlies in CHSLDs, which was also a success."

He said the nursing student "volunteers" will be welcomed and will provide "invaluable help."

Back in September, one nurses' union said that 1,700 Quebec nurses had quit since the pandemic began.

According to CTV's calculations, a scholarship of $13,500 would work out to about $22.80 per hour if divided hourly for nearly four months of work at 40 hours a week.