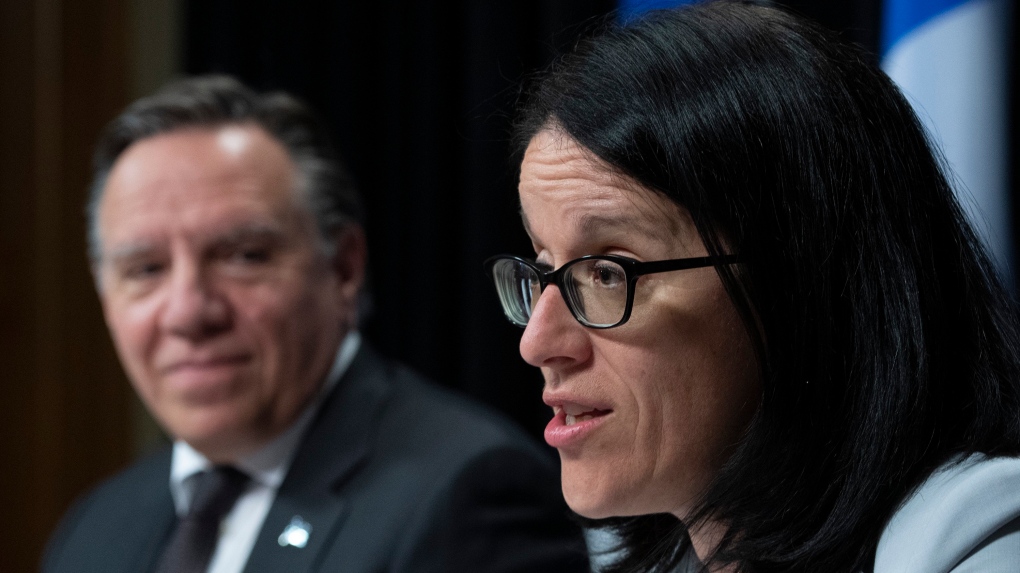 Quebec Justice Minister and Minister Responsible for Canadian Relations and the Canadian Francophonie Sonia Lebel announces the reopening of courthouses during a news conference on the COVID-19 pandemic, Thursday, May 28, 2020 at the legislature in Quebec City. Quebec Premier Francois Legault, left, looks on. THE CANADIAN PRESS/Jacques Boissinot

MONTREAL -- Sexual assault victims in Quebec will soon be able to pursue justice against their abusers regardless of how long ago crimes took place, according to proposed legislation tabled Thursday.

The bill tabled in the provincial legislature by Justice Minister Sonia LeBel would eliminate the 30-year time limit for bringing a civil suit against an alleged assailant.

Quebec and Prince Edward Island are the only two provinces to maintain a time limitation for this type of lawsuit.

Victims have long called for the province to eliminate the statute of limitations, including those who were assaulted by pedophile priests as children.

Experts note it can take decades for victims to be willing to come forward following a traumatic event and confront their abusers in court.

"Asking for redress can be extremely difficult," said LeBel, who described the proposed legislation as "an extremely important gesture" for justice and society.

The bill would modify Quebec's civil code to allow victims to pursue legal action regardless of when the offence took place. However, if the alleged perpetrator is deceased, the victim has three years to begin legal action against their estate.

The law will also have a retroactive element, meaning that any alleged victim whose case was rejected due to the statute of limitations can now refile it.

Quebec's opposition parties have indicated they support the bill, and are hoping it will be adopted quickly.

Veronique Hivon, a Parti Quebecois legislature member who has been advocating for the law for many years, said she was eager to see the bill rapidly adopted "so that justice can finally be obtained for these victims of sexual assault."

This report by The Canadian Press was first published on June 4, 2020.