Quebec mother pulls son out of school over mask requirement 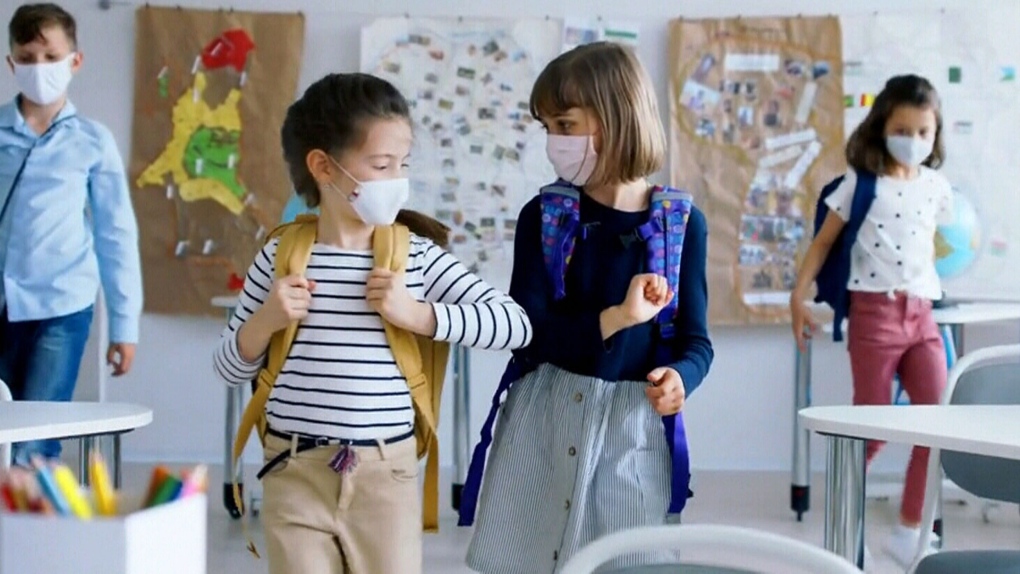 LA TUQUE, QUE. -- A mother from Quebec's Haute-Mauricie region is asking Premier François Legault to review his government's public health rules and to allow children in the town of La Tuque not to wear a face mask in class, as ordered by the province in recent weeks.

Caroline Blais said she wanted to make it clear from the outset that she's not a conspiracy theorist, but that she believes that the public health rules go too far.

"Children are cut off from their friends, their families, their grandparents, their dances. Young people are losing their spark," she said, adding that she understands that there are vulnerable groups who are affected by the coronavirus.

Blais said that in her opinion, what the province is asking of its children goes beyond logic.

"The real problem is the health-care system, which has been neglected for more than 20 years," she said.

"The measures in place are already enough. They will inflict a climate of fear on the children. Will the children feel safe? What I say to Mr. Legault is to close the schools down if it's so dangerous."

Blais said that for her, the last straw was the question her son asked her recently: "Mommy, at school, am I going to be allowed to hide to breathe once in a while?"

"I would never have thought that my son would ask me such a question about a basic need," said Blais, who works in the business world.

She has chosen not to send her child back to school while such measures are in place, she said. Instead, she plans to homeschool.

"I told myself I wouldn't be able to concentrate knowing he was going through this," she said. "We're going to integrate the schedules for homeschooling."

Blais said she hopes that her speaking out will invite other parents to react -- while specifying, once again, that she is not a conspiracy theorist.

"I don't think the Earth is flat," she said.

This report was published with the support of the Local Journalism Initiative.