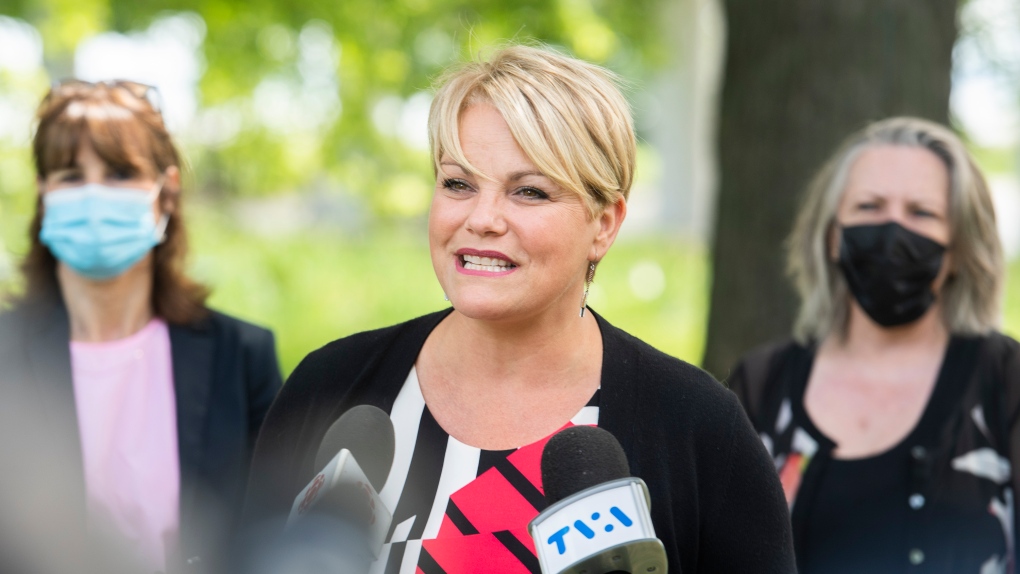 MONTREAL -- With Quebec in the midst of deconfinement and women's aid organizations projecting an increase in domestic violence and sexual exploitation, the Quebec Liberal Party (QLP) is imploring Francois Legault's CAQ government to speed up the pace of implementing the recommendations contained in reports tabled several months ago.

Describing her political party's campaign as a "cry from the heart" in the face of government actions deemed "timid", the official opposition's spokesperson on the status of women, Isabelle Melancon, implored the CAQ, during a news scrum on Sunday, to act "immediately."

She said the recommendations included in recent reports -- including the one on sexual exploitation and one on sexual assault and domestic violence, both tabled in December -- have been slow to be acted upon.

Melacon said time is running out adding that with deconfinement, abusive spouses will lose control over their partners and children, which could lead to a "horribly violent" situation.

"Halfway through the year, there have been 13 femicides in Quebec so far. The annual average is 12," said the MNA, adding that she was "shocked, outraged" that Quebec Deputy Premier Geneviève Guilbault said a few weeks ago that the government will not be able to prevent all these murders.

"I'm sorry, but there are 190 recommendations that need to be put in place," said Melancon. "We need to start with that before we come up with a fatalistic comment like that."

Former vice-chair of the Special Commission on the Sexual Exploitation of Minors Liberal MNA Christine St-Pierre lamented that the CAQ is "taking baby steps" despite having had her team's report for "seven months."

During the pandemic, pimps "were in their living rooms and could get in touch with future victims, weave their web, declare themselves madly in love," she said before explaining that ultimately women, and boys as well, will be beaten and will have a lot of difficulty "getting out of this hell."

The recruitment and supply activities are "back on track", according to information she recently received from a victim of sexual exploitation.

Liberal Youth Protection critic MNA Kathleen Weil, who rounded out the trio, explained that with the end of school, "there is no one to report it," as teachers do much of the reporting.

"One of the measures that I put forward, that comes from the Laurent report, is to work the DPJ (Direction de la protection de la jeunesse), with the first line, with community organizations," she said. "That's something they should have put in place by this summer."

The government did not respond to The Canadian Press's request for comment by press time.

-- this report by The Canadian Press was first published in French on July 4, 2021.