With the Coalition Avenir Quebec (CAQ) surging in the polls, some ridings historically faithful to other parties -- such as La Pinière on Montreal's South Shore -- might be up for grabs.

Located in Brossard, La Pinière has been a stronghold for the Quebec Liberal Party (QLP) for years, most recently won by former health minister Gaétan Barrette.

But this could soon change, says political analyst Daniel Béland.

"Because Barrette isn't running again and the Liberals are not doing well in the polls, they have declined since 2018 in terms of their popular support," he explained. "This is a riding where the CAQ has a fair chance."

A week into the election campaign, early polls show a neck-and-neck race between the Liberals and the CAQ, well in front of other parties. 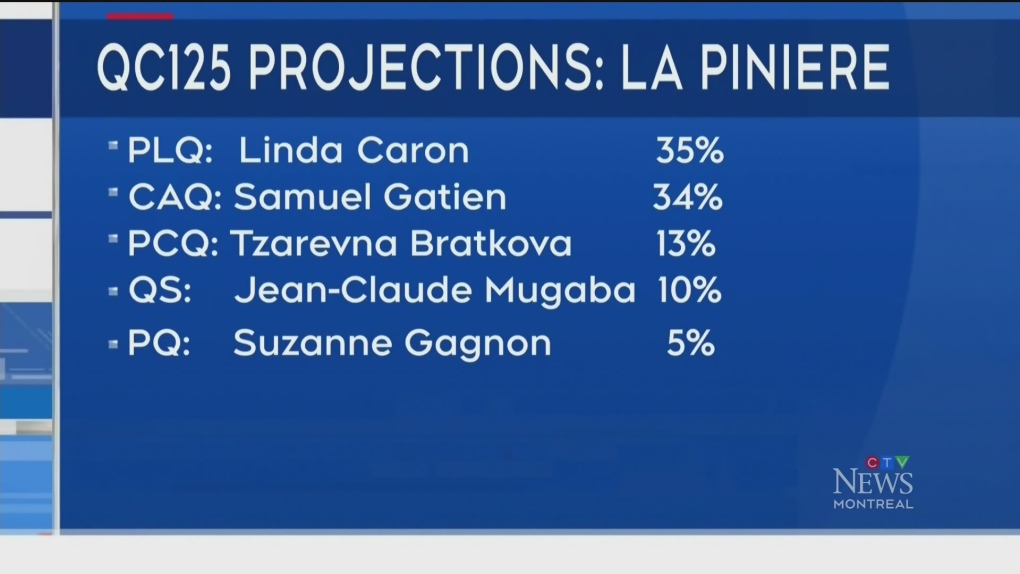 CAQ and QLP neck-and-neck in Brossard

For some voters, like Colette Beauchemin, the path forward is unclear.

"Well, I haven't decided yet," she told CTV News.

But no matter the party you side with, she said, the important thing is to exercise your right to vote.

"It's more about democracy than any particular party."

CAQ candidate and family doctor Samuel Gatien says if elected, health would be his day-one priority at the National Assembly.

Pharmacists, family doctors, social workers, psychologists," he said. "I want to make sure that we're going to have a better first line in medicine."

She also hopes to improve partnerships with municipal and federal governments.

"My approach is cooperation, so that citizens get the best possible deal," she said.