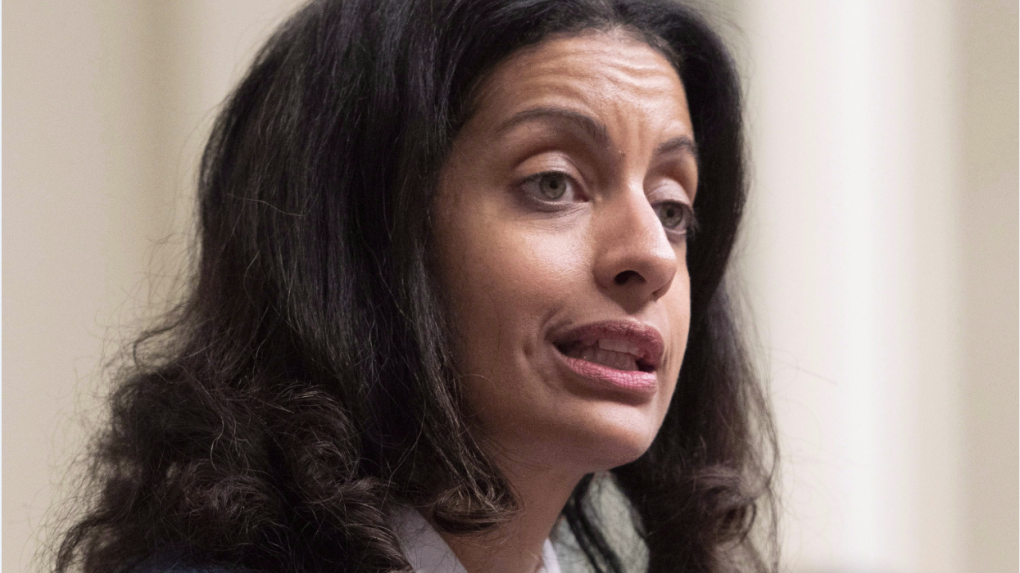 Quebec Liberal Opposition critic Dominique Anglade questions the government after they tabled a Quebec immigration plan for 2019, during question period at the legislature in Quebec City, Tuesday, Dec. 4, 2018. THE CANADIAN PRESS/Jacques Boissinot

MONTREAL -- Now that her COVID-19 screening test has come back negative, official opposition leader Dominique Anglade, is now able to return to business as usual.

Anglade will return to the Salon Bleu for question period at the National Assembly on Thursday.

The Liberal leader made the announcement on Twitter on Wednesday morning, confirming that everyone in her family had received a negative result.

On Monday, she announced that she would miss the beginning of the fall session after her eight-year-old daughter showed symptoms associated with COVID-19. The entire family was therefore tested the same day.

House leader Simon Jolin-Barrette remains in 14-day isolation, even after obtaining a negative result in a screening test, just like Transport Minister Francois Bonnardel. The pair met with Longueuil Mayor Sylvie Parent a few days before she announced on Sept. 8 that she had contracted the disease.

Jolin-Barrette will resume his work as government House leader next Tuesday.