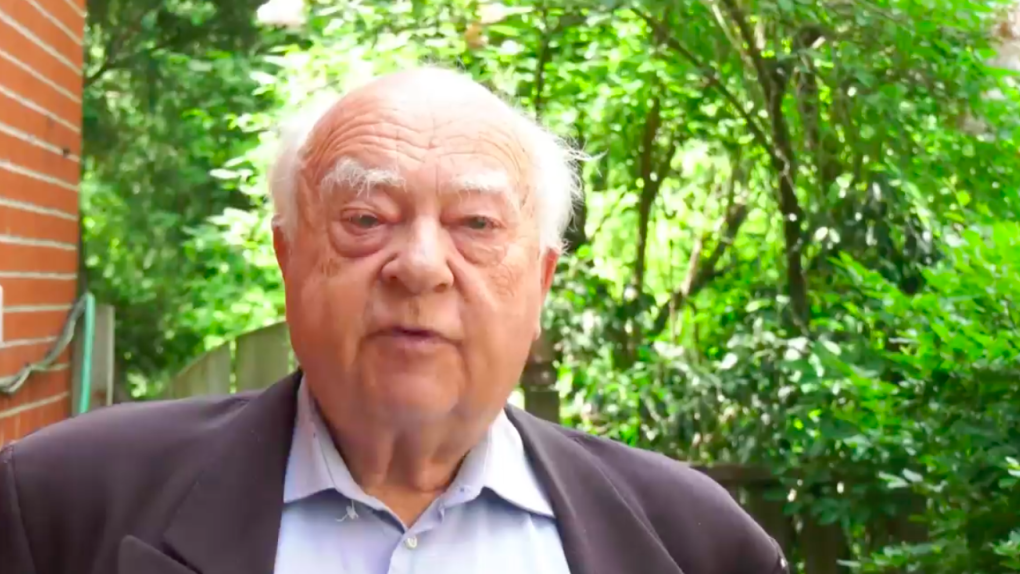 Quebec has a new language law, as Bill 96 was adopted Tuesday.

But that looks to be only the beginning of a long legal journey, with a committee of high-profile Quebec lawyers promising to take the law to bigger challenges than Quebec has seen in decades.

François Legault’s government has made free use of the notwithstanding clause during its time in power, already invoking it for its secularism bill, Bill 21.

But using it for Bill 96 appears to be a last straw for a group of lawyers, who say they have a plan to make a legal dent despite the clause, which usually makes laws ironclad against constitutional-rights challenges -- at least within Canada.

“We will… address the international tribunals, the United Nations Human Rights Committee,” explained human rights lawyer Julius Grey, who is part of the committee working on the issue and who unveiled the group’s thinking on Tuesday to CTV News.

He also told CJAD radio that he feels the Legault government has crossed a line by using the notwithstanding clause not once, but twice.

Bill 96 is “the most gratuitous use of power I've ever seen,” he said.

“Bill 21 and Bill 96, together, are a notice by the Quebec government that whenever Quebec policies are in place, the Charter becomes a mere suggestion that doesn't have to be followed,” he said.

“And so the use of the notwithstanding clause makes this a really important battle to be fought.”

LISTEN ON CJAD 800: A prominent group of Montreal lawyers is mounting a legal offensive against Bill 96

CALLING ON THE UN FOR THE FIRST TIME IN 30 YEARS

That United Nations challenge would only come to pass if several other attempts to challenge Bill 96 don’t first get results, he said in an interview.

But there’s legal precedent for calling on international courts to intervene with the use of the notwithstanding clause, and specifically in Quebec, Grey said.

In fact, he himself was also involved in the first instance, in the early 1990s.

That was also over a language law: Bill 178, which was an amendment to Bill 101 and dealt specifically with public signage, mandating that signs appear in French only, without even smaller-font English translations.

Grey led a fight against the law on behalf of some English-speaking complainants, and they chose to take it to the UN that time because, like now, the notwithstanding clause was used.

This time around, local lawyers will likely first demand a stay, Grey said, which “I think has, on some parts of the bill, a serious chance of success,” he said.

“I think part of it will surely be struck. But if we do not [succeed] or if bad parts of it remain, then we will do what was done in Bill 178,” he said.

“Mr. Bourassa invoked the notwithstanding clause in a much less complete and invasive way,” Grey said.

“The International Court said that's illegal. I hope they'll say this is illegal, too.”

Back then, the UN committee sided with the English-speaking complainants, who argued that such a strict sign law wasn’t crucial to protect French.

It also ruled that the proposed law violated the International Covenant on Civil and Political Rights, ordering both Canada and Quebec to change the law.

FEDERAL GOVERNMENT 'HAS BEEN COMPLETELY SPINELESS'

Grey said he finds Bill 96 to be similar in one major way to the law he fought decades ago.

On top of the parts that he finds especially problematic -- for example, that language office OQLF “has greater powers to search and seizure without Charter supervision than the police when it's investigating a murder” -- he also said that, as in the Bill 178 case, he simply doesn’t believe it will actually protect French.

“The way to make French more secure is to make certain that everybody knows that there’s no harm to them. They’re not going to be deprived of opportunities,” he said, such as the anxiety that comes from telling French-speakers they’ll be kept out of English CEGEPs.

“The rule that a francophone who is bilingual will not be able to use his bilingualism when in a job interview, it boggles the mind,” Grey said. “It's ridiculous.”

He added to CJAD that “what is amazing about this law is that there isn't anybody, other than perhaps some political zealots, who win. There is not a single person who will be better off.”

Grey also said he believes it’s based on a “false premise,” the idea that French is even declining in Quebec.

He said he’s not yet at liberty to provide the names of the other lawyers in the committee. Legal challenges couldn't be filed until the bill became law.

The Quebec Committee Groups Network or QCGN, a major umbrella group for English-speakers, hasn’t yet responded to a request for comment on whether they’re contributing to the legal challenge.

Grey said the legal process may take a long time, though filing requests for interlocutory stays may help in the short term.

But “what is important is ultimately limiting this type of use of power,” he said.

He also slammed the federal government, saying there should be more help coming from within Canada before being forced to head to the international level.

“It should have had a role, as it did in the 1970s,” Grey said, mentioning some steps Pierre Trudeau took as prime minister.

“Unfortunately, this present government has been completely spineless before what is really an attack on Pierre Trudeau’s legacy, the Charter,” he said.

The legal challenge overall won’t focus just on the notwithstanding clause, however, he said -- that’s an issue that’s already before high-level courts as part of the Bill 21 challenge.

“There will be the judicial part [changes to the Quebec justice system], the fact that the notwithstanding clause is being misused, the injustice of it,” he said.

“The health [issues], the division of anglophones into two groups, discrimination against francophones -- all of those things.”