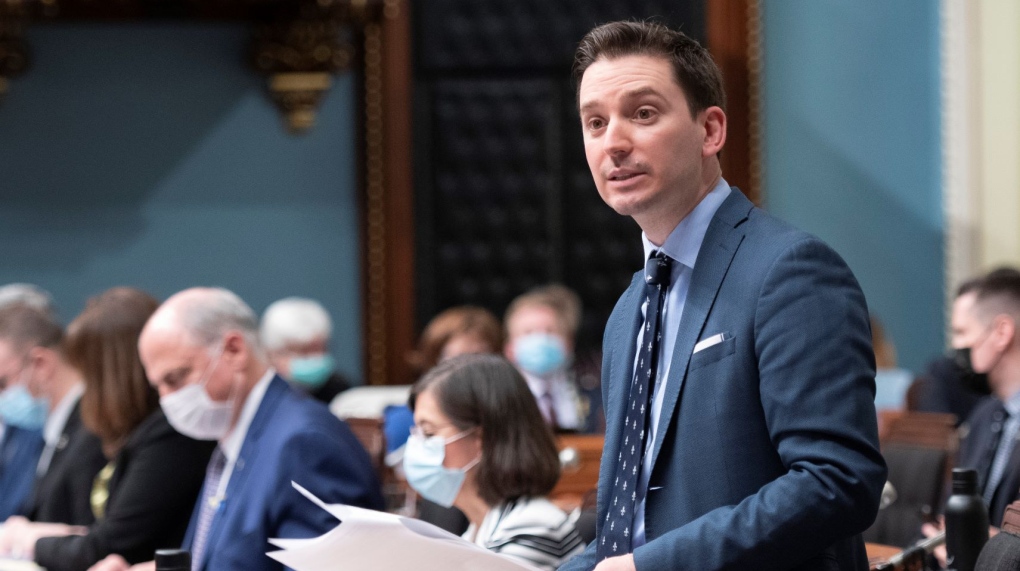 Quebec's justice minister says he's looking into a criminal trial in the province involving a police informant that took place entirely in secret and was kept off the official court docket.

Simon Jolin-Barrette told reporters today he would have more to say after he learns what happened in the trial in which the prosecutors, defence lawyers and judge agreed to keep proceedings secret in order to protect the identity of the informant.

The existence of the trial only became known because the police informant accused in the case appealed his or her conviction, and the appeals court issued a heavily redacted ruling critical of the lower court proceedings.

In a decision dated Feb. 28, 2022, the three-member Court of Appeal panel says the way the initial trial took place was "contrary to the fundamental principles that govern our justice system."

It says the case had no official docket number, the witnesses were questioned outside court, adding that "no trace of this trial exists, other than in the minds of the individuals implicated."

The time and place where the alleged unnamed crime occurred were also kept secret, as were the accused's name and the police force involved.

The Quebec prosecutor's office did not immediately return a request for comment.

The appeals court panel found that even if the informant's identity needed to be protected, the legal proceedings should have been public and subject to specific court orders or held partially behind closed doors.

The case involves a police informant who was convicted of participating in a crime that he or she had initially revealed to police. The informant claimed he or she was a victim of an abuse of process, but the lower court judge disagreed.

The Appeal Court panel, however, sided with the informant and stayed the conviction and the legal proceedings.

"It cannot be overstated the importance of the open court principle in this country," Appeal Court justices Marie-France Bich, Martin Vauclair and Patrick Healy wrote in the introduction to their ruling.

"The court is of the opinion that if trials must protect certain information disclosed therein, a procedure as secret as the present one is absolutely contrary to modern criminal law and to the respect of the constitutional rights not only of the accused, but also of the media, and it is equally incompatible with the values ​​of a liberal democracy," they added.

This report by The Canadian Press was first published March 25, 2022.