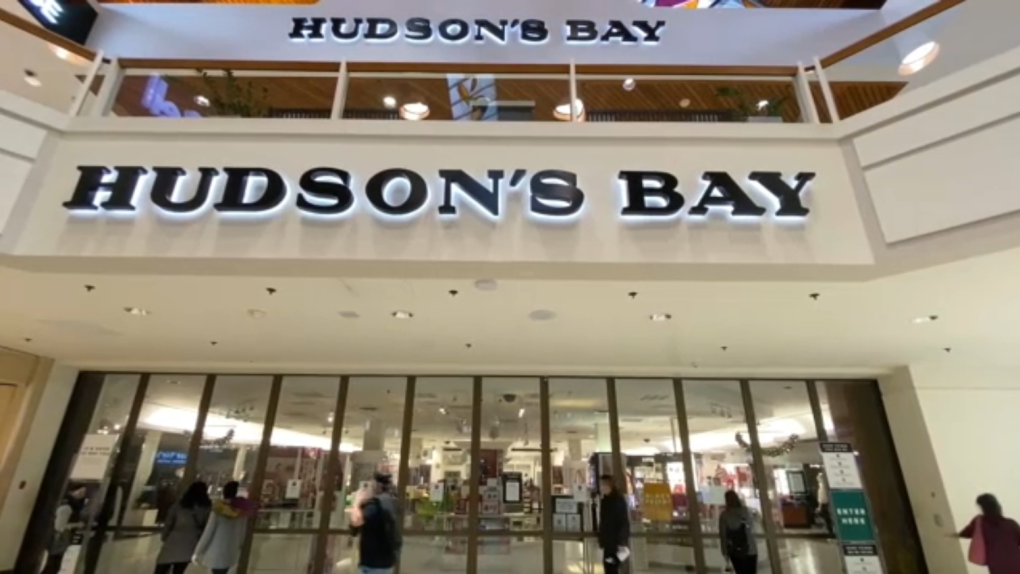 Inside the mall on Saturday, shoppers could be seen peering through the windows of the shuttered store, which appeared to be still full of merchandise. (CTV)

MONTREAL -- A Quebec judge has ordered Hudson's Bay Co. to pay rent at several of its department stores in the province, saying the retailer cannot take the law into its own hands.

The Quebec Superior Court judge ordered HBC to pay the full outstanding rent at multiple locations starting from when the applications were filed and extending for a six month period -- the maximum time the emergency order can apply -- or until a judgement on a the merits of each case is rendered.

The decisions were handed down on the same day an HBC department store in B.C. was reportedly shuttered for non-payment of rent, and two weeks after an Ontario judge ordered HBC to pay half the rent owing at a Richmond Hill, Ont., store to stave off eviction.

Daniel O'Donnell, a spokesman for Oxford, says the real estate company welcomes the court's decision, and is now calling on the retailer and its "New York-based private-equity owners" to honour its obligations and pay rent across Canada.

Ian Putnam, president and CEO of HBC Properties and Investments, says the company is continuing to seek a "fair and mutually-beneficial compromise" during the pandemic.

This report by The Canadian Press was first published Nov. 23, 2020.