Quebec invests more than $1 billion in mental health, including $361 million in new money 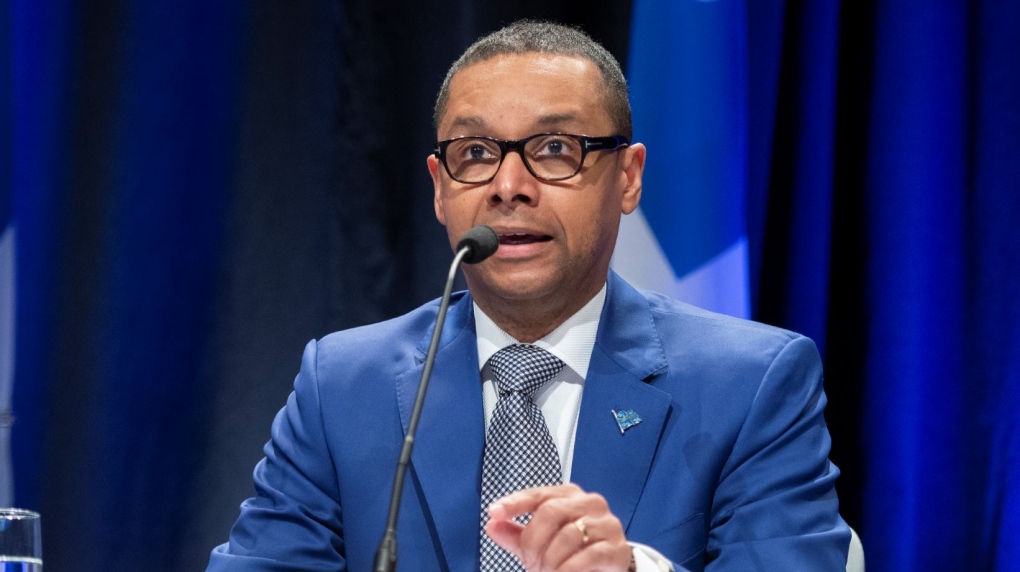 Quebec is opening the floodgates to improve access to mental health services.

Junior Health Minister Lionel Carmant announced Tuesday that $1.15 billion will be invested over five years, including $361 million in new money in this area.

One of the key elements of the "Interdepartmental Action Plan on Mental Health" is to use the 8-1-1 service as a gateway to direct people to services and resources tailored to their needs.

"Our vision is to involve all stakeholders in population wellness and mental health," said the Minister.

"In Quebec, there is a tendency to refer to the psychologist and the psychiatrist, where there are extremely long waiting lists in both the public and private sectors, and what we do is to involve everyone: nurses, specialized front-line nurses, specialized mental health nurse practitioners, occupational therapists, psycho-educators."

However, Minister Carmant said that the plan is also to hire and integrate into the public system many workers in all related professions, so significant sums of money will be devoted to adding human resources in psychology and psychiatry, as well as other specialized workers.

Investments of $85 million are also planned to enhance crisis intervention centres, including $10 million to create two new centres in the Saguenay-Lac-Saint-Jean and Eastern Townships regions, which do not have any.

Quebec also intends to pair specialized responders with police patrols for the many situations involving people in crisis.

"We want to equip families with community organizations that have experience in using alternative measures (to) calling the police to take them to the emergency room. There is a different way to deal with someone who needs acute mental health care," Carmant said.

"One of the big issues is length of stay in mental health. If we offer home health services, we are able to reach people who are more reluctant to seek treatment, we are able to have more front-line services and we are able to provide a more intensive service," said Carmant.

He added that successful trials have been conducted in Montreal and Quebec City and that they want to "roll it out initially in six regions and then expand it across Quebec."

Minister Carmant explained that there are some 20,000 people on waiting lists for mental health services. His comments on this subject show how deficient the network is, since "the waiting list has been stable since the beginning of the pandemic and that is remarkable in the context of a 30 to 40 per cent increase in requests for consultation.

He hopes to reduce the waiting list with the current effort: "In the places where we have implemented the Quebec program, the waiting lists have dropped by 53 per cent despite the context we are living in. We think that with the deployment of this program in the spring of 2022 throughout the different regions of Quebec, we will see a significant improvement everywhere."

A program of this magnitude will certainly come up against the problem of labour shortages, which has not spared the mental health field.

However, Minister Carmant was keen to point out that the government announced various measures in this regard last December, including the hiring of individuals with a bachelor's degree who are not eligible for professional orders in mental health and human relations disciplines. The mental health sector is also to benefit from the accelerated training of administrative officers by 2022.

Lionel Carmant noted that 700 workers were added in mental health between February 2020 and December 2021 and said he expects to add 1,000 full-time positions within five years.

This report by The Canadian Press was first published in French on Jan. 25, 2022.