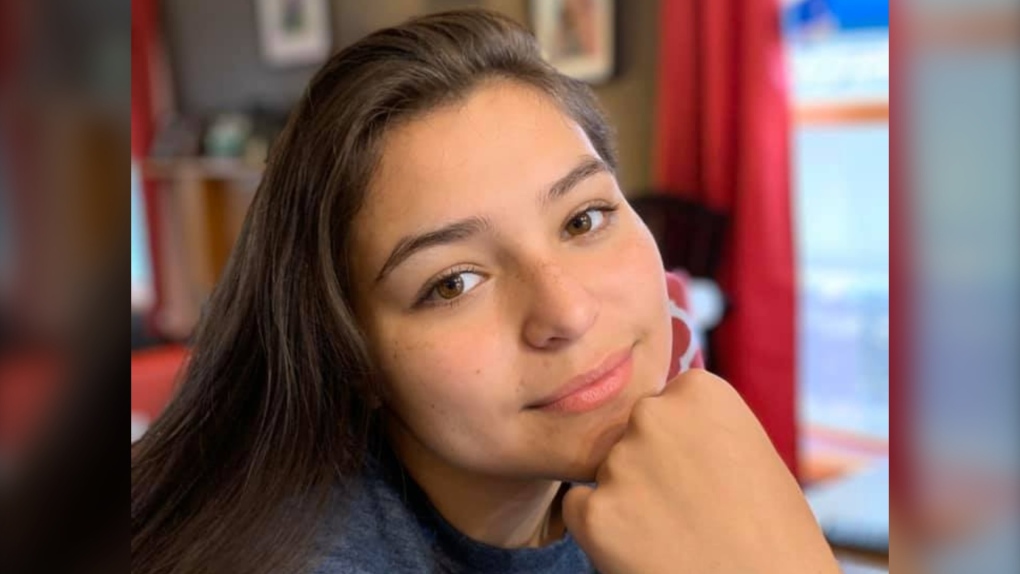 Kahenientha Amanda Cross is concerned the work that was done to help Indigenous students study their own languages at CEGEP will be hurt by the new French-language laws. SOURCE: Kahenientha Cross

MONTREAL -- While governments and interested parties analyze the Quebec government's amendments to the province's French-language charter, Bill 96, some Indigenous people in the province are wondering how the law will affect their own language revitalization progress and higher education enrollment numbers for young students.

Louis Tewennetahson Delisle started teaching in the Kanien'kehá:ka (Mohawk) community of Kahnawake in 1972, and witnessed the effects of the first major French-language law: Rene Levesque's PQ government's Bill 101 in 1979.

Some high school students from his community who attended Howard S. Billings High School in neighbouring Chateauguay walked out at the time.

He founded Kahnawake Survival School (KSS), objecting to the Charter of the French Language's insistence on French and failure to acknowledge a language that was spoken in the region long before European settlers, namely Kanienʼkéha, the Mohawk language.

Delisle, now 70, has been teaching his language classes via Zoom over the past year and sees the rollout of the bill, and its scant mention of his or other Indigenous languages as troubling.

"I was of the generation that we were spoken to in English because they convinced my parents that speak to the kids in English, you will become more successful in school, and have a better chance to become lawyers and doctors and all this, but if you speak to them in Kanienʼkéha, they're going to stay farmers," he said.

"Whenever I hear that [language reform], it just brings back memories of like being robbed of our language."

Minister Responsible for the French Language Simon Jolin-Barrette wrote the bill and told CTV News that it was always top of mind not to cause divisions, but just to protect the French language.

"When I wrote that bill, it was always on my mind not to cause division and not to take out rights for the English communities and the Aboriginal people also," he said.

"It's only about protecting French because we see that French is in decline."

Concordia University student Kahenientha Amanda Cross didn't get accepted to Dawson College on her first attempt because of poor French grades, but said once there she had her first positive experience learning French.

"They weren't forcing it down our throats, and that is the vibe in high school in a lot of cases," she said.

She said laws like Bill 101 and Bill 96 cause many Indigenous students to view French as being forced on them, which detracts from them wanting to learn the language, particularly when their communities' languages are not promoted to the same degree.

She was part of a group of Indigenous students who pushed to have their languages count for credit and is worried that the cultural inclusion students and administration worked so hard to develop will be hurt as French is prioritized.

"A lot of students really wanted their own language to count as credit," said Cross. "We're finally creating a safe space for language for Indigenous students at Dawson."

She is not against learning French but says she knows there are better avenues to promote the language outside of legislation.

"I can see why they want to push French so hard, I can sympathize with that -- the whole keeping culture [alive]," said Cross.

Cross also wonders about the many French-speaking Indigenous people in Quebec and how their ability to access English-language CEGEPs will suffer.

Kaycee Diabo is in her first year of nursing at John Abbott College, and had to add a year to her schooling to improve her French.

Diabo understands she will need to speak French to patients, and is working on her language skills. However, hearing that her chosen profession, which already comes with a high level of stress at times, may prioritize French-speaking ability is concerning.

"It's kind of frustrating to hear because I'm still not great at French and still learning, so to be going into a profession that requires it, it just adds more stress," she said.

Diabo can hold a conversation in English and Kanienʼkéha, and will now work to do the same in a third language.

In Kahnawake, there are two Kanienʼkéha immersion elementary schools and one that offers a French immersion program.

Language and Cultural Center executive director Lisa Phillips said language revitalization remains alive and active, with many promoting its use and study at all levels, but she also knows parents are put in a tough position at times as they know French will be prioritized outside the community.

"We see a lot of parents understandably prioritizing French for their children because they know it will be beneficial, and it's a factor that leads to more people not learning Kanienʼkéha," she said.

She, like many her age, grew up with parents who prioritized English, and now some want their children to speak French for similar reasons: future prospects.

Laws like Bill 101 and 96 also influence businesses in the community.

"People want to employ people who speak French because we have French-speaking consumers," she said.

Delisle teaches Kanienʼkéha and knows how hard it is to learn, but he also knows that having a grasp of French will benefit local students. He called it a "tug-of-war between his inner feelings."

KSS offers extra French classes to help students prepare for CEGEP that many take advantage of, Delisle said, but that many in his community resent Quebec using vast resources to promote French, which remains the dominant language in the province, and those languages more in need of help.

"I think a majority of the people in Kahnawake would say we've already been converted to English, and we're fighting to retain identity through our language," he said. "It's an uneasy feeling."

LISTEN ON CJAD 800 RADIO: The Kanesatake Grand Chief says First Nations should be included in Bill 96