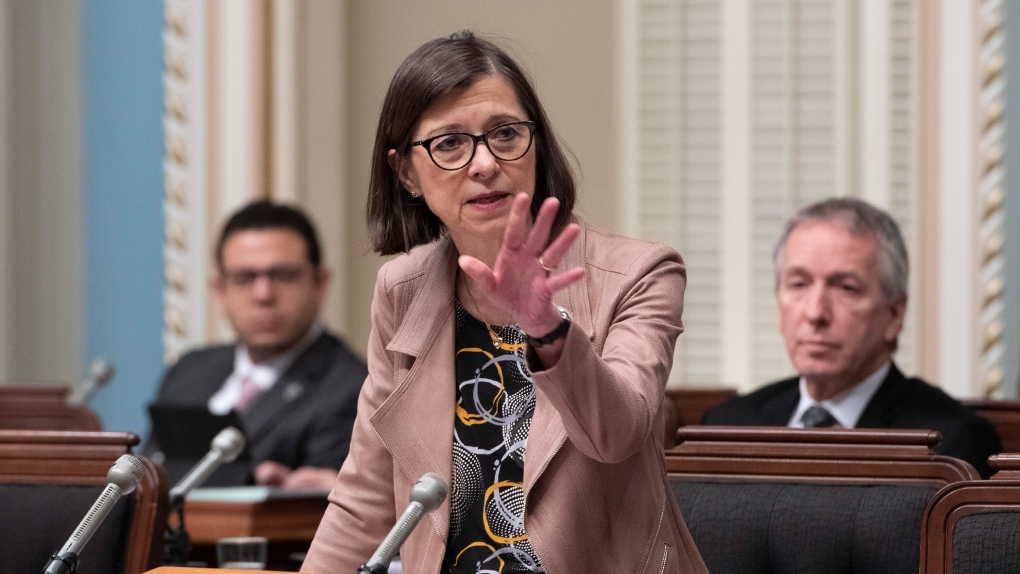 QUEBEC CITY -- Health Minister Danielle McCann has broken her commitment to the National Assembly by refusing to come up with a plan to address the shortage of beneficiary attendants at long-term care facilities.

On November 29, the assembly voted in favour of the following motion: "That the National Assembly ask the minister to table an action plan for the Assembly by the end of the present session."

However, the Saturday evening parliamentary session ended past midnight without the minister tabling anything.

"We will make this action plan public," McCann defended herself Saturday.

She was followed by Liberal Health Critic Andre Fortin, who accused her of not being ready to tackle the healthcare workforce shortage, specifically in the area of ​​beneficiary attendants in residential and long-term care centres (CHSLDs).

Of the 4,565 full-time positions added to the network this year, only 350 were beneficiary attendants, Le Devoir revealed last week.

The government calculated in the spring that it had to hire 33,036 in the next five years to meet the needs of Quebecers.

In addition, McCann's fellowship program has had mixed success. Only 645 scholarships were awarded out of the 2,000 offered.

"The commitment, it is broken 100 per cent,'' fumed Mr Fortin. "The famous plan, it's so secret, Mr. President, that it's not even written yet. We understand. A commitment from the Minister of Health, it's not worth much."

For Québec Solidaire, the situation illustrates how much the CAQ government despises democratic institutions.

QS House Leader Gabriel Nadeau-Dubois reported Saturday on a series of events that he says show the government is mocking the National Assembly.

He recalled that in the last week alone, the environment and family ministers, Benoit Charette and Mathieu Lacombe, committed misconduct that included contempt for the assembly, and that the week culminated with a gag order.

It is this same CAQ government that, this fall, in the name of respect for the National Assembly, criticized Nadeau-Dubois's colleague Catherine Dorion because of the way she was dressed.

"Then I would just like to say, Mr. Speaker, that the next time we try to teach lessons here for MNAs on respect for the institutions and respect for the National Assembly, for the government to look in the mirror," he said.