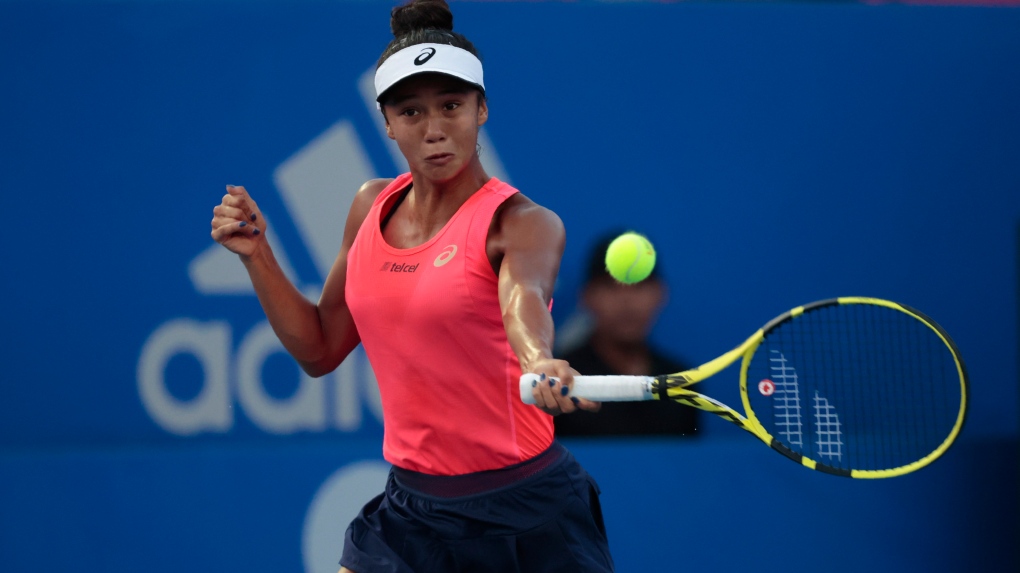 Quebecers may finally be able to see home-grown tennis up-and-comer Leylah Annie Fernandez on home court, as the National Bank Open tournament (formerly Roger's Cup) has been approved by Quebec.

TORONTO -- Tennis Canada says it has received a letter of approval from provincial health authorities in Quebec to host this year's National Bank Open women's tournament in Montreal.

The plan to host the event, scheduled for Aug. 7-15, still needs approval from the federal government. Tennis Canada said in a release that tournament health and safety protocols are now being reviewed by the Public Health Agency of Canada.

Tennis Canada said the provincial approval in Montreal is for a broadcast-only scenario without fans at this stage, but the organization hopes improving vaccination rates and a decline in COVID-19 cases will allow for limited fan attendance.

The organization said talks are ongoing with the Ontario government to allow the men's National Bank Open to be held Aug. 7-15 in Toronto.

It said Ontario's framework for the resumption of sport, announced by the government Monday, is a step in the right direction.

Tennis Canada confirmed that the option of hosting the events in the United States is no longer being considered.

Both National Bank Open tournaments were cancelled last year due to the global pandemic.

The event was previously named the Rogers Cup.