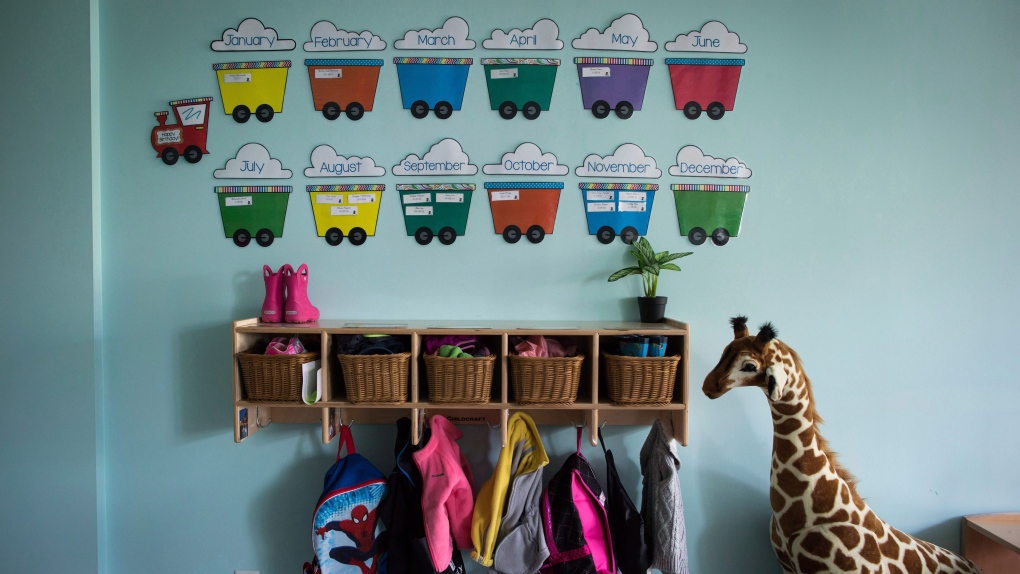 Children's backpacks and shoes are seen at a CEFA (Core Education and Fine Arts) Early Learning daycare franchise, in Langley, B.C., on May 29, 2018. THE CANADIAN PRESS/Darryl Dyck

QUEBEC CITY -- The Legault government has rejected a motion that called for children to have the right to a childcare space.

After a lengthy debate, the CAQ government voted against a motion on childcare services that was presented in the National Assembly by the Liberal opposition late Wednesday.

Liberal leader Dominique Anglade said the week before that children should have the right, recognized in the law, to obtain a childcare space, in the same way that they are guaranteed a place in school.

Québec Solidaire and the Parti Québécois supported the motion, which was put forward by Liberal MNA Marc Tanguay.

The motion demanded that "access to a childcare space be a right recognized in the Act respecting educational child care services, without conditions, in the same way as the right to education is provided for in the Education Act."

As soon as the Liberal leader made the proposal public last week, it was quickly rejected by Family Minister Mathieu Lacombe, who called it "unrealistic."

An amendment to the Liberal motion presented by PQ MNA Véronique Hivon was also rejected by the government on Wednesday night.

It aimed to require the government to "grant a massive wage catch-up to childcare workers," whose unions are currently negotiating their pay and working conditions with the government.

This report by The Canadian Press was first published in French on Sept. 16, 2021.