Quebec government to suspend refugee sponsorship requests due to backlog 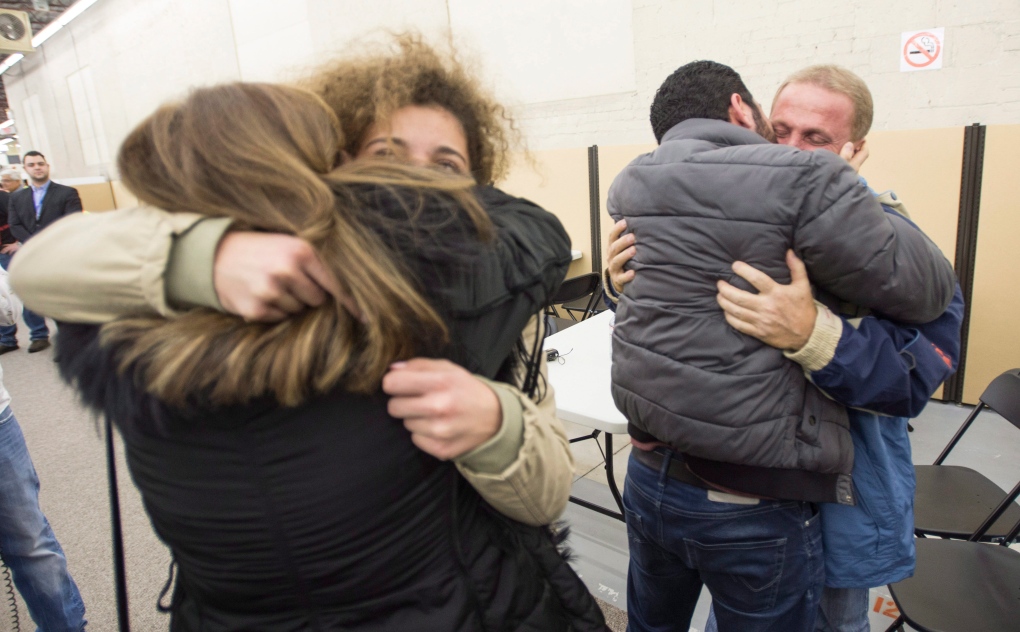 Newly arrived Syrian refugee Samer Beylouneh is hugged by his nephew Anas Fransis as his daughter Laila is greeted by her aunt Marie Belona at a welcome centre, in Montreal, on Saturday, Dec. 12, 2015. (Paul Chiasson/THE CANADIAN PRESS)

The Couillard government will suspend new requests to sponsor refugees as of Jan. 27, citing a backlog in the number of cases already pending.

The announcement was made on Monday in a statement released by Minister of Immigration, Diversity and Inclusion Kathleen Weil.

The number of requests accepted by the provincial government and being processed with the federal government stands at 10,000, 7,500 of which are for Syrian refugees.

Under the immigration plan for 2017, the earliest a refugee could be admitted to Canada if a request were filed immediately would be in 2019, according to the Quebec government.

Last month, the Trudeau government decided to limit new refugees sponsored by the private sector in 2017 as it became more difficult to process files within a reasonable timeframe.

As of Dec. 31, Quebec had brought in 7,431 Syrian refugees, slightly more than the target of 7,300 set for 2015-16. More than 80 organizations submitted applications to become sponsors, about three times more than previous years.