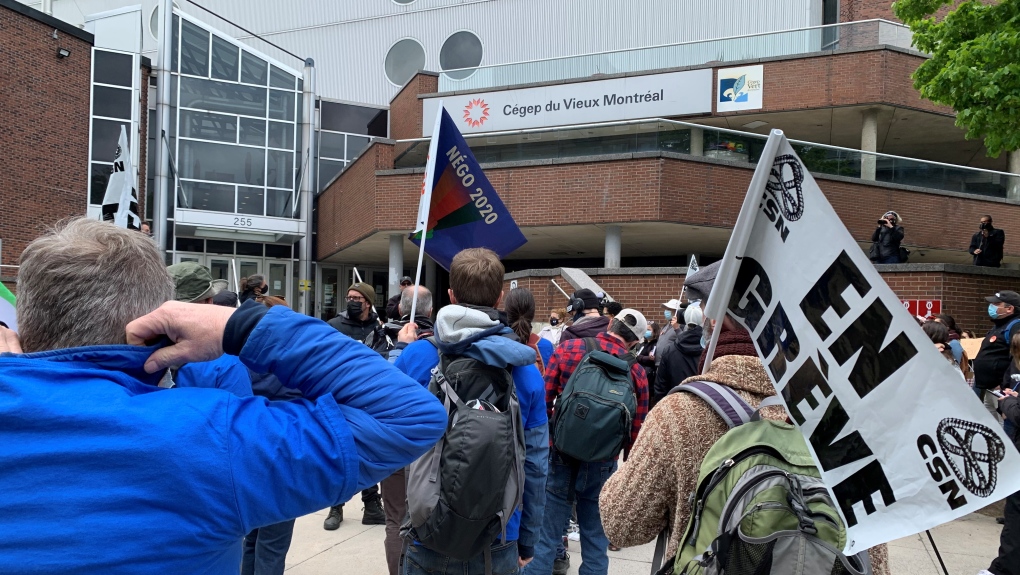 MONTREAL -- The Quebec government presented on offer concerning working conditions to 3,000 CEGEP professors on Wednesday night as part of negotiations on renewing their collective agreement.

According to CSQ CEGEP Teachers Federation president Lucie Piche, the offer was the result of “intense work at the discussion table” that made it “possible to achieve, in a most difficult context, a certain number of objectives mandated by the members of our federation.”

The offer, which is not qualified as an agreement in principle, will be presented to delegates of the 14 member unions in the coming days during a general council. Those member unions will have to assess “whether it is appropriate to start the process of consulting members in general meetings,” with an eye towards signing a new collective agreement, according to a CSQ statement.

A source familiar with the negotiations said it would “unlikely” that delegates reject the agreement, since most are “closing the books” in terms of negotiation and the balance of power would be limited.

Teachers, support staff and professional staff in CSQ schools have already entered into sectoral agreements. An agreement on wages and other monetary clauses is still being negotiated.

The CSQ CEGEP Teachers Federation, along with support and professional staff, were the first to hold strike days during the current round of negotiations. Their collective agreement expired on March 31, 2019.