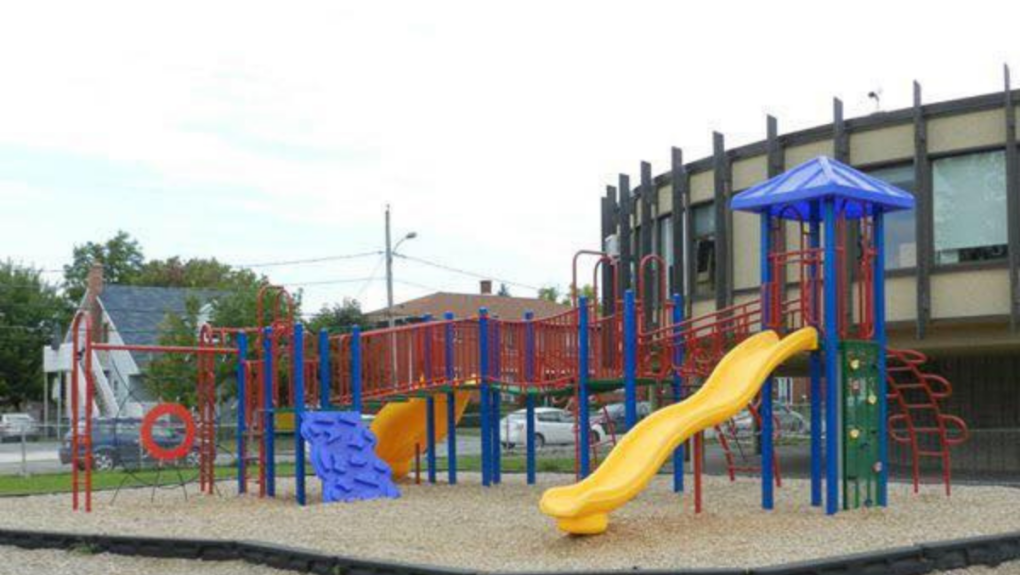 The Coeur-immacule school in Sherbrooke is dealing with a COVID-19 outbreak that forced administrators to close the school. SOURCE: Ecole primaire du Coeur-immacule. SOURCE: Facebook

MONTREAL -- A Quebec elementary school east of Montreal is shuttered after an outbreak of COVID-19 cases, officials said Monday.

The Coeur-Immacule school in Sherbrooke, Que. has sent more than 700 students home for at least two days after many students tested positive for COVID-19 over the last days.

The school service centre responsible for the region reported 33 new COVID-19 cases on Monday, including one teacher.

Donald Landry, an official with the centre, said in an interview with The Canadian Press the decision to close the entire school came after public health authorities recommended it as a way to prevent further transmission.

"Essentially, it allows parents to get their children tested and to reduce the risk of spread," Landry said. "Many of us hoped to have a return to class without cases, but obviously with the Delta variant, we have cases."

Landry said a decision on whether to keep the school closed for longer will depend on how many new COVID-19 cases are identified Tuesday.

Dr. Melissa Genereux, a public health official from the Estrie region, said the cases were observed in 13 different classes and included a teacher and students from kindergarten to sixth grade.

Genereux said the cases can be linked to students spending more time in common areas this year, such as the cafeteria and an absence of classroom bubbles.

"We've got a mix that facilitated the spread," she said.

Education Minister Jean-Francois Roberge announced as the school year began that students would not be restricted to classroom bubbles and those in high school would be able to attend school full-time.

Meanwhile, a fear of outbreaks in the workplace was behind the province announcing Monday that civil servants won't be returning to work at the office on Oct. 4 as planned. Treasury Board Chair Sonia LeBel said in a statement that a new date will be announced once the pandemic situation allows it.

"The epidemiological situation prompts us to postpone the return to the workplace once again," LeBel said. "As a responsible employer, the health and safety of public service employees are of paramount importance."

Quebec had asked companies across the province on Aug. 25 to reconsider plans to have employees return to offices, citing a worsening COVID-19 situation in the province. At the time, the province delayed a return for all civil servants until at least Oct. 4.

According to the province's public health institute, Quebec has 520 active outbreaks and 43.4 per cent are in workplaces.

The province reported 679 new cases of COVID-19 on Monday and one additional death attributed to the virus.

Health authorities said hospitalizations rose by three to 280, while the number of patients in intensive care climbed by five to 92.

The Health Department said of the latest reported infections, 457 were among people who were either unvaccinated or who had only received a first dose within the past two weeks.

The province administered 8,489 doses of a COVID-19 vaccine on Sunday.

According to the province's public health institute, about 88.9 per cent of Quebecers aged 12 and older have received at least one dose, while 84.4 per cent are considered adequately vaccinated.