Two-and-a-half years after the start of the pandemic, Quebec still doesn't know how classroom closures and a shift to online learning have affected students.

Quebec's auditor general released a report Wednesday, revealing that the Ministry of Education didn't give enough guidance to school service centres and school boards in the spring of 2020 and that teaching was unequal and disorganized for several months.

Leclerc's report looked into how virtual learning was handled by Quebec during the start of the pandemic.

When it came to online teaching, her report found that "school boards had to wait until Aug. 10, five months after the pandemic started, to receive clear directives from the education ministry."

Many service centres also did not have the necessary computers to pivot to online education, and for some, that situation persisted 18 months into the pandemic, according to the 180-page report.

'WE WERE ALL CAUGHT UNPREPARED'

"I would describe it as typically, panic-driven. We were all caught unprepared," said Michael Murray, president of the Eastern Townships School Board.

2/5 Schools closed for the first time on March 13, 2020. It took until August 10 for the Education Ministry to put out guidelines to school boards and service centers for online teaching. @CTVMontreal pic.twitter.com/wfoF5atJap

Katherine Korakakis, who heads the English Parents Committee Association, said she wasn't totally surprised by the findings in the report. She described the switch to online learning as a "lottery" system.

"So then it became the haves and have-nots," she said. "And we saw this across the network." 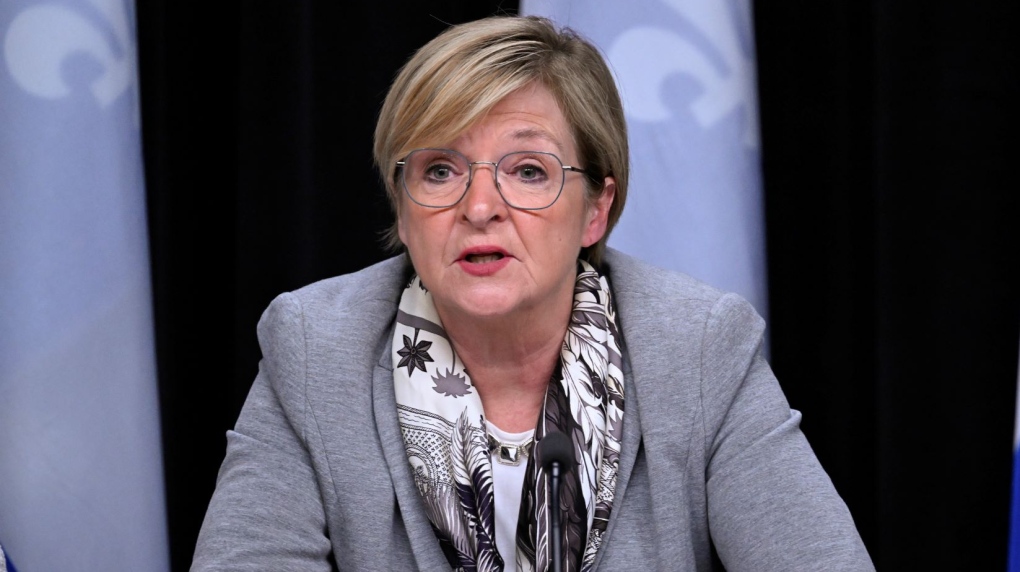 According to the report, in 2020, "a document sent to the minister of education indicated the 'information provided by the schools shows the high school dropout rate would be higher than in previous years.'"

Despite the warning, the education ministry is still unaware of its full effect. "Since the start of the pandemic," read the report, "[Quebec] has not collected data on how all the measures could contribute to slower learning."

"We have the premier of Quebec saying multiple times, 'ma première priorité, my first priority is education.' Then how come you didn't ask your own ministry about the data?" she said.

The report also found the $88 million tutoring program created by the government wasn't based on any data about what subjects or resources students needed.

"We're going to have to be much better at getting the data to get the complete picture of what happened during the pandemic and the kind of delays in learning," Drainville said.

The auditor general recommended figuring out what kind of catch-up programs are necessary, but added, "that's to the ministry to know that. And what we can say is that they just don't know."

Based on Justin Trudeau's first-day fail in the House of Commons, 'meeting the moment' is destined to become the most laughable slogan since the elder Pierre Trudeau’s disastrous campaign rallying cry in 1972, which insisted 'the land is strong' just as the economy tanked.

More disciplinary action may be coming now that the harrowing video of Tyre Nichols' treatment has been released. The Memphis police department is among many U.S. law enforcement agencies with 'duty to intervene' policies. Memphis police relieved two other officers of duty Monday and say the department is still investigating what happened.

A family in the remote First Nation community in Peawanuck, Ont., is dealing not only with the death of their young daughter, but the loss of everything they owned in a Jan. 28 house fire.

How did a radioactive capsule go missing in Australia and how dangerous is it?

Australian authorities are mounting an extensive search for a tiny radioactive capsule believed to have fallen out of a road train that travelled 1,400 km in Western Australia. Here's what you need to know:

As the B.C. government decriminalizes small amounts of hard drugs, critics note there are still not enough treatment resources for the users seeking them.

Two monkeys were taken from the Dallas Zoo on Monday, police said, the latest in a string of odd incidents at the attraction being investigated -- including fences being cut and the suspicious death of an endangered vulture in the past few weeks.

Ukraine is pushing its Western allies to provide it with fighter jets, a week after winning pledges of sophisticated modern tanks to help it beat back Russia's invasion force after almost a year of fighting.