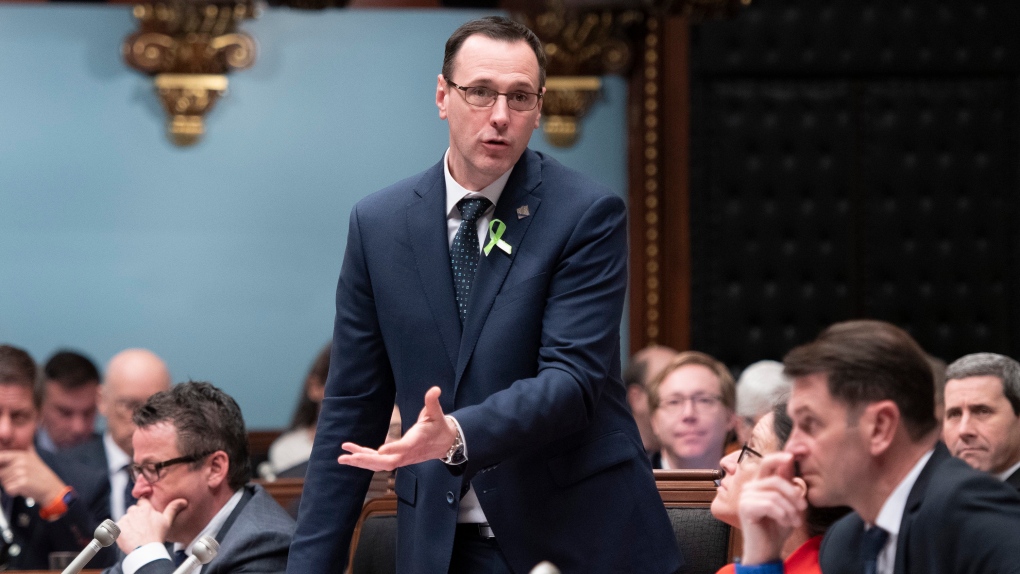 Just before his speech, the minister agreed to face them, one by one, while everyone gave him a sign to tell him that his reform "is not happening," criticizing him, denouncing his reform, and telling him that "He was no longer welcome on the territory of their union."

The minister listened to them one by one, looking them in the eyes, without flinching, despite the sometimes harsh reproaches, while they were surrounded by dozens of opponents.

The minister wound up carrying several dozen signs when the meeting ended.

Outside other demonstrators affiliated with the CSN (Confédération des syndicats nationaux) protested.

Roberge also said Friday that he finds it regrettable that the Quebec English School Boards Association is challenging his reform of the school boards in court.

The money spent on the case should go to the students, he said.

The Minister was reacting to the association's announcement Thursday that it would challenge Bill 40 in court, even if the law maintains school elections in English-speaking communities, unlike in the French ones.

The association has not yet filed its request. Nevertheless, it maintains that the law affects its ability to manage and control its English-language institutions in Quebec.

Asked about this Friday, after he spoke to members of the Chambre de commerce du Montréal métropolitain, Roberge said he found this announced challenge counterproductive.

He argued that he had already responded favourably to several requests from the English-language school boards, including that which they classified as priority: to be able to continue to elect members of the community.

This report by The Canadian Press was first published Feb. 21, 2020.