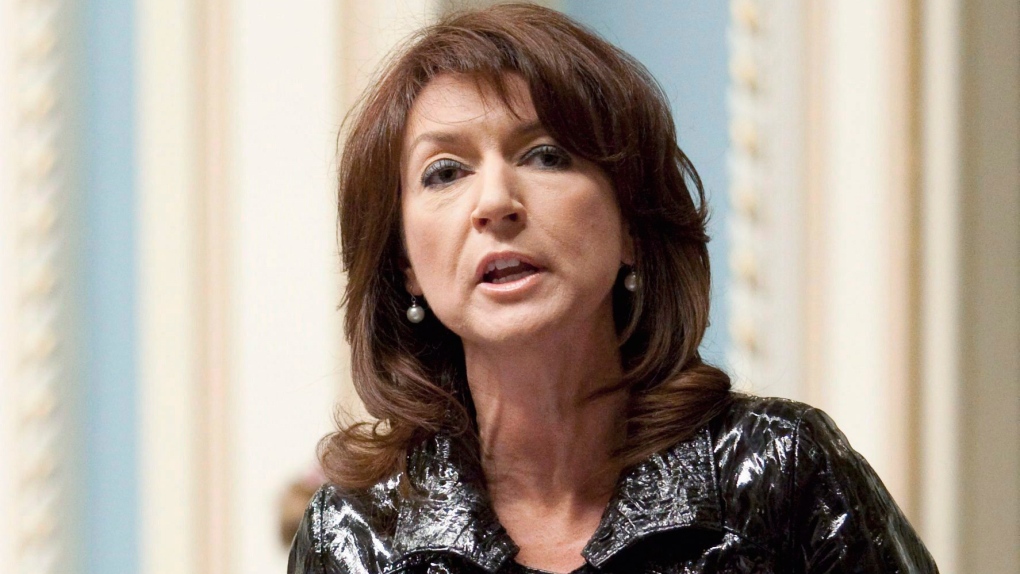 Nathalie Normandeau in the Quebec legislature on October 7, 2010. (Jacques Boissinot / THE CANADIAN PRESS)

MONTREAL -- Quebec's director of prosecutions will not appeal a stay of proceedings handed down in late September in the corruption case of the former deputy premier Nathalie Normandeau.

The decision was announced Monday after a "thorough analysis of the ruling" by the team of prosecutors on the case, as well as by the provincial appeals committee, said Crown spokesperson Audrey Roy-Cloutier.

On September 25, Judge André Perreault of the Court of Quebec ordered a full stay of proceedings against Nathalie Normandeau and her co-defendants because of unreasonable delays.

This put a stop to a trial of the six co-defendants, who were arrested in 2016 as part of an investigation into political fundraising in exchange for public contracts.

On Monday, the Crown said it concluded it wouldn't be able to overturn this judgment.

The prosecutors had argued, however, that the delays had been caused by unforeseeable events -- legal remedies and a pending police investigation -- and should therefore have been excluded when the trial delays were calculated.

This report by The Canadian Press was first published Oct. 26, 2020.