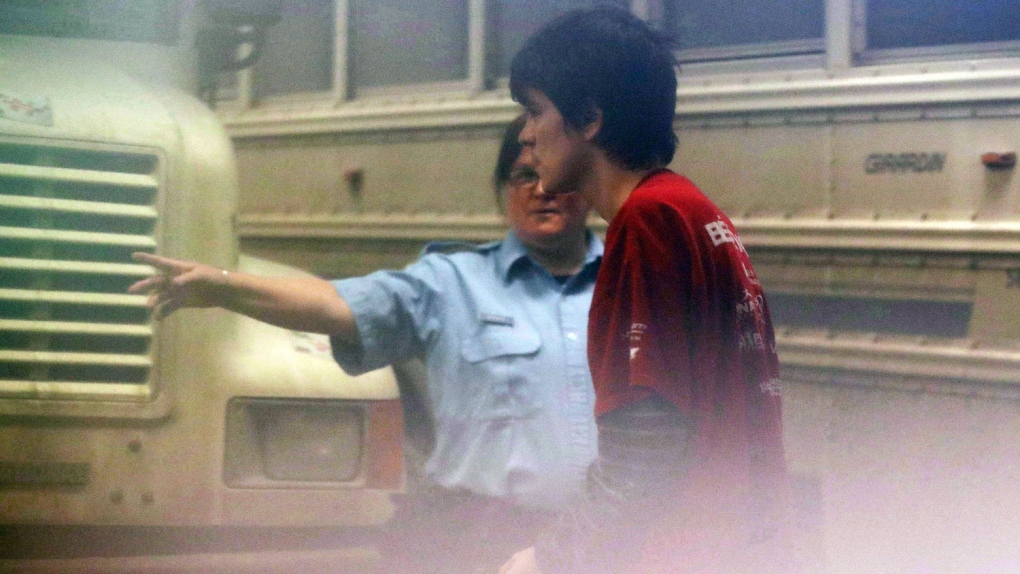 Alexandre Bissonnette, a suspect in a shooting at a Quebec City mosque, arrives at the court house in Quebec City on February 21, 2017. THE CANADIAN PRESS/Mathieu Belanger

MONTREAL -- Quebec's attorney general and Crown prosecutors are taking the case of Alexandre Bissonnette to the Supreme Court of Canada.

They made the announcement in a news release on Friday, stating that 'Out of respect for the judicial process that is ongoing, no comment will be made on this case.'

After pleading guilty, Bissonnette received a life sentence in 2019, with no possibility of parole for 40 years -- the longest sentence in recent Quebec history. He shot and killed six men in January 2017 at a mosque in Quebec City.

On Nov. 26, the Court of Appeal reduced Bissonnette's sentence by 15 years; the mass murderer will have to spend a minimum of 25 years in prison, rather than the 40 years, before he can apply for parole.

The Court of Appeal also struck down the section of the Criminal Code that allowed cumulative sentences for multiple murders, declaring it unconstitutional.

"This decision does not deal with the horror of Alexandre Bissonnette's actions on January 29, 2017, nor even with the impact of his crimes on an entire community and society in general, but above all, with the constitutionality of a provision of the Criminal Code," wrote the Court of Appeal in its unanimous 41-page judgment.

Bissonnette's lawyer, Charles-Olivier Gosselin, was very satisfied with the judgment.

"This is a major decision for the respect of human rights in Quebec and Canada, which reflects progressive values and the importance of the fundamental rights instituted in our society," he said.

Bissonnette shot six men when he burst into the mosque's prayer room armed with a semi-automatic rifle and pistol, also injuring several people with his gunfire. He left six women widowed and 17 children lost their father on that cold January evening -- in less than two minutes.