Quebec COVID-19 health-care absences on a swift decline, dropping below 4,000 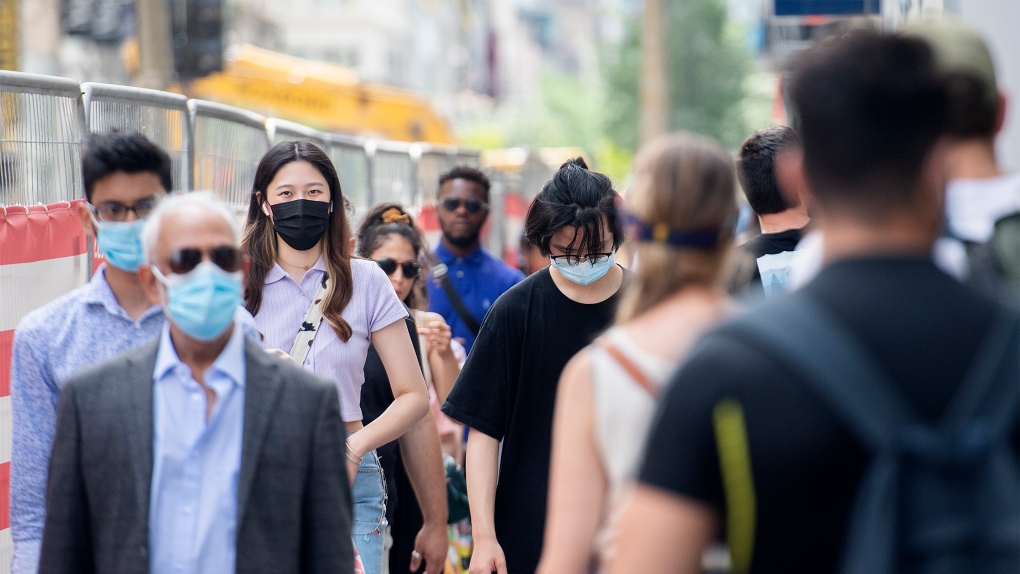 People wear face masks as they walk along a street in Montreal, Sunday, June 13, 2021, as the COVID-19 pandemic continues in Canada and around the world. THE CANADIAN PRESS/Graham Hughes

There's good news on the health-care staffing front in Quebec, with the number of COVID-19 absences on a steep decline right now.

Just under a week ago, the number of health-care staff absent for reasons related to the virus dropped below 5,000. Only six days later, it's dropped below 4,000 -- it currently stands at 3,998.

That could also indicate that more people are staying on the job, however, with symptoms or while awaiting a test result. On May 14, the province stopped giving paid leave for this kind of preventative self-isolation, leading some health workers to worry more people would stay on the job when they shouldn't.

Other indicators are generally positive. Quebec reported another decrease in COVID-19 hospitalizations on Thursday, with 29 fewer people overall in hospital with the virus.

That brings the total hospitalizations to 1,315, with 61 people newly admitted and 90 discharged in the last 24 hours.

Intensive-care cases also continue to drop slowly, with that total down by two on Thursday for a total of 43.

Another 12 people have died, the province said.The number of new cases has also dropped, even though that metric is no longer reliable, since most people can't get PCR tests.

Of those who did do PCR tests, however, there were 705 new cases on the most recent day, plus 171 people who self-reported positive at-home tests.

The positivity rate of PCR tests shows no progress over the last 10 days or so, however -- it has hovered around the same point, around 6.5 per cent, and saw a slight uptick to 6.7 per cent on Thursday.

Vaccinations are continuing at a slower pace, with just under 10,000 new doses given out in the last 24 hours.

Most of those shots were fourth doses given to people over 60. At this point, 41 per cent of people in that agre group have a fourth dose, but there's been slow progress on the all-important third dose, which plays a big role in protecting people of all ages against the newer variants.

Two people were killed and around 10 wounded on Saturday in a shooting at a nightclub in Norway's capital Oslo, Norwegian police said.