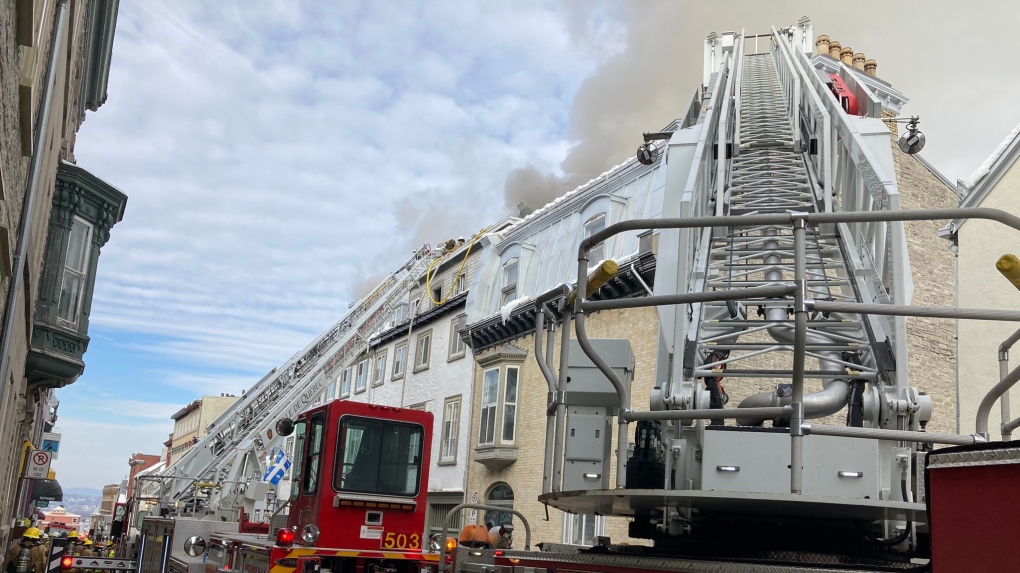 A fire at the Acadia Hotel in Quebec City drew 80 firefighters to put out the blaze. SOURCE: SPCIQ/Twitter

Around 80 firefighters in Quebec City were called to a five-alarm blaze at Hotel Acadia on Sunday morning.

The fire department (SPICIQ) is advising citizens to avoid the Saint-Ursule St. area in the provincial capital as several streets are closed in the area.

The department reported that the fire was on the roof of the building, which was evacuated shortly after 11 a.m.

Hydro-Quebec cut the power in the area surrounding the hotel.

The department did not report any injuries.

Firefighters have yet to determine the origin and cause of the fire.