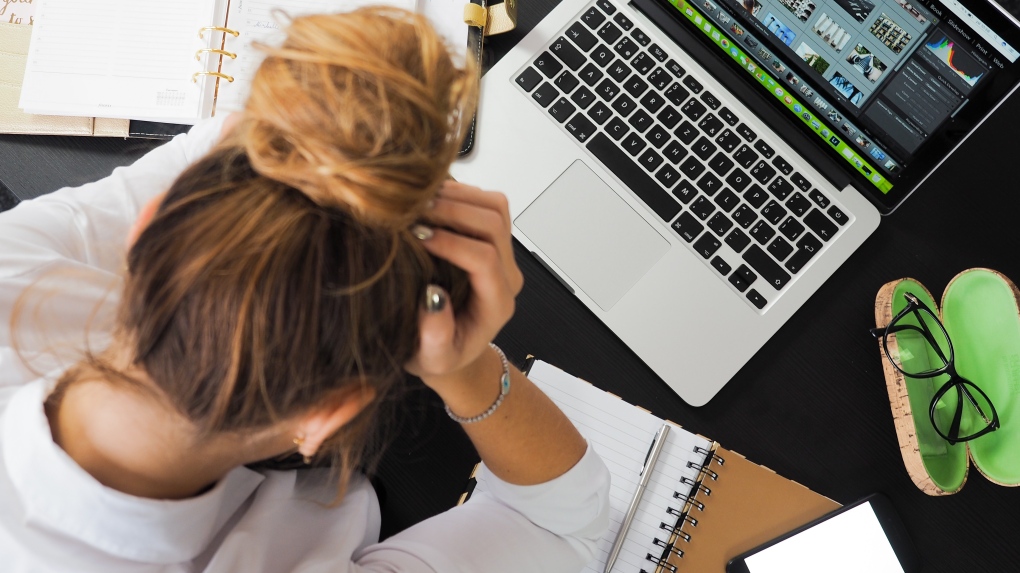 As post-secondary students prepare to return to class in the coming weeks, experts are worried about the impact of more than two years of pandemic-related disruptions on their ability to succeed.

On Tuesday, the head of a union representing teachers at Quebec's junior colleges -- known in the province as CEGEPs -- said the COVID-19 pandemic appears to have negatively impacted students' basic study skills.

Teachers are noticing that students seem to be struggling with tasks such as taking notes, paying attention in class and completing assignments, Youri Blanchet, of the Federation de l'enseignement collegial, said in an interview.

"What we're seeing right now is a difficulty in taking charge of themselves when it comes to their studies," he said. "That's something we didn't see before the pandemic."

Blanchet said the COVID-19 pandemic forced schools to close for weeks at a time and shifted education online, which he said led educators to lower academic standards. He said schools were also reluctant to assign too much schoolwork or to fail students, leading to some students being awarded diplomas without having met pre-pandemic standards.

"Even during exams, we had no failures, so we passed (students) on to the next year," said Blanchet, who stressed that he didn't blame teachers for what happened.

Prachi Srivastava, an associate professor of education and global development at Western University, says the impacts of the pandemic -- and especially school closures -- have had a "cumulative effect" on students that resulted in learning losses in areas such as literacy, mathematical ability and other skills.

"What you see is despite the implementation of emergency remote virtual instruction, which is what happened across the country, all of the studies that are coming out at that end of the spectrum are showing losses, both educationally but also other harms, socialization harms (and) other skills that students learn in school," she said in a phone interview Tuesday.

She said that while the phenomenon is widespread, the educational losses are likely to be felt more sharply in provinces that had more days of school closures -- such as Ontario -- and in marginalized communities. Srivastava said that while she doesn't know of any studies that look specifically at general preparedness and study skills, she's not surprised to hear they've been affected.

For online classes to be successful, they need a specially tailored curriculum that takes into account the different method of delivery, including a different approach to teaching study skills, which she said wasn't really done in Canada.

As well, she said the pandemic took a toll on general mental health and well-being, especially for students who experienced profound changes in family structure and socioeconomic status.

"When the two most fundamentally important institutions for children and young people are the school and the family, and during the pandemic both of those were affected in very negative ways, all of that is going to have an effect on how children and young people are able to cope, and also on questions around motivation, concentration, preparedness, long-term planning," she said.

Blanchet said many CEGEP teachers are already addressing individual academic issues by meeting with students and helping them fill in the gaps they've missed. But he said a wider effort is needed to develop a plan to address the pandemic-related learning gaps and help students develop academic skills through initiatives that could include workshops, extra classes or drop-in study halls.

He and other union leaders are also calling on the government to help address labour shortages, which they say are leaving schools short of both teachers and specialized staff, such as psychologists.

In an email, Quebec's Higher Education Department said it has invested $450 million over the next five years to support student retention and success, as well as an additional $60 million directly for mental health.

The department said that while junior college workforce levels aren't lower this year compared with previous ones, "we have known for several years that some fields are harder to fill with regard to teachers, and we have various measures related to the workforce operation to deal with this."

Srivastava says helping students recover from the social, emotional and educational toll of the pandemic will take more than tutoring and a few study skills workshops.

She said supporting students will require a "systems-wide" approach that takes into account their academic needs but also provides support for their mental health as well as economic needs, through programs such as bursaries, internships and job opportunities.

Students, she added, will also need time and the understanding that they can't make up for years of losses in a few months or weeks.

This report by The Canadian Press was first published on Aug. 16, 2022