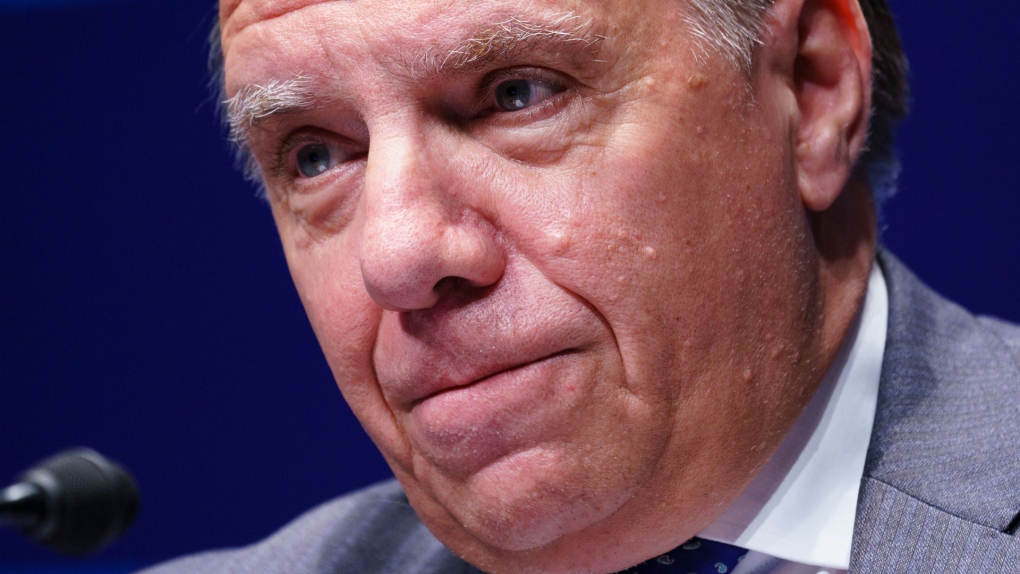 MONTREAL -- Quebec Premier Francois Legault said Monday he is relieved after an association of Quebec booksellers apologized for removing an online list of his reading recommendations.

Legault shared some of his favourite books during a Facebook live video last week as part of a campaign by the Association des libraires du Quebec to promote Quebec literature during the COVID-19 pandemic.

"My intention was never to hurt anyone or censor anything because that goes against the fundamental values of the association and our commitment to freedom of expression," the group's director, Katherine Fafard, said in a statement Monday.

Fafard, who apologized for what she said was an error, did not say which of Legault's recommendations drew the comments.

A spokesman for the premier, Ewan Sauves, said the association received complaints about one of the titles Legault selected but did not confirm which book it was.

The premier's list of 11 books included "Kukum" by Michel Jean, Dany Laferriere's "L'enigme du retour," and "L'empire du politiquement correct" by Mathieu Bock-Cote, a conservative author and columnist. On Sunday, Bock-Cote, whose book title translates as "The Empire of Political Correctness," accused the association of censorship for removing the premier's selections.

Legault addressed the controversy Monday afternoon, saying in a Facebook post that he was at first angered and saddened by the decision but was relieved to see his list was back online.

"We cannot accept a handful of radical activists trampling on our freedom of expression to defend their diktats. That goes way too far," Legault wrote.

"The beauty of books is that there is room for all voices. Reading transports us to points of view that are sometimes far from our own, but always enrich us. It makes me sad to know that people in Quebec would like to take that away from us," he added.

Legault also encouraged people to support Quebec authors, saying that was "the best response we can offer those who want to silence them."

Ruba Ghazal, a member of the Quebec legislature with the left-of-centre Quebec Solidaire party, welcomed the association's decision to republish Legault's book list.

"It's a positive thing that the (premier) shares his readings with us and that we can debate them honestly and openly," Ghazal tweeted.

She also suggested that if Legault "enjoys reading intellectuals," he should next pick up Mark Fortier's Melancolies Identitaires, a book that critiques Bock-Cote's work.

This report by The Canadian Press was first published Nov. 30, 2020.