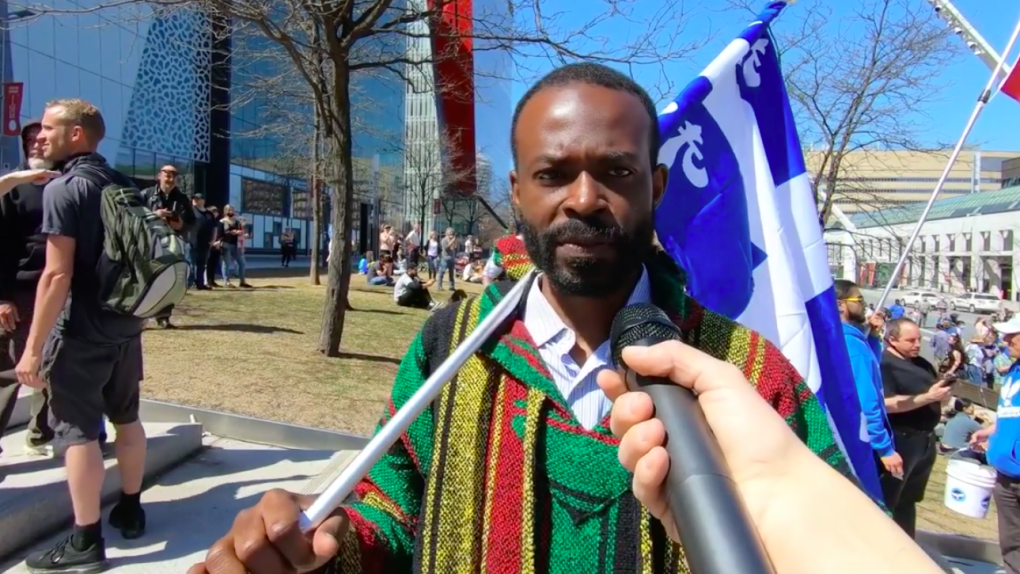 MONTREAL -- Militant anti-vaccine activist Francois Amalega will be back in a Trois-Rivieres courtroom Tuesday after being charged with breaking conditions of being within 300 metres of Quebec Premier François Legault on the weekend.

Trois-Rivières Police (SPTR) arrested the 43-year-old after he attended a protest Sunday in front of the Delta Hotel where the CAQ was holding its annual general assembly meeting over the weekend.

According to Crown prosecutor Stephanie Sleigher, Amalega represented himself in court Monday during a bail hearing and was held overnight for a second bail hearing.

"There was an objection to his release. That's why we're having a new hearing tomorrow," said Sleigher.

The charge of failure to comply with conditions of his release stems from a prior arrest in Shawinigan when he tried to arrest Legault.