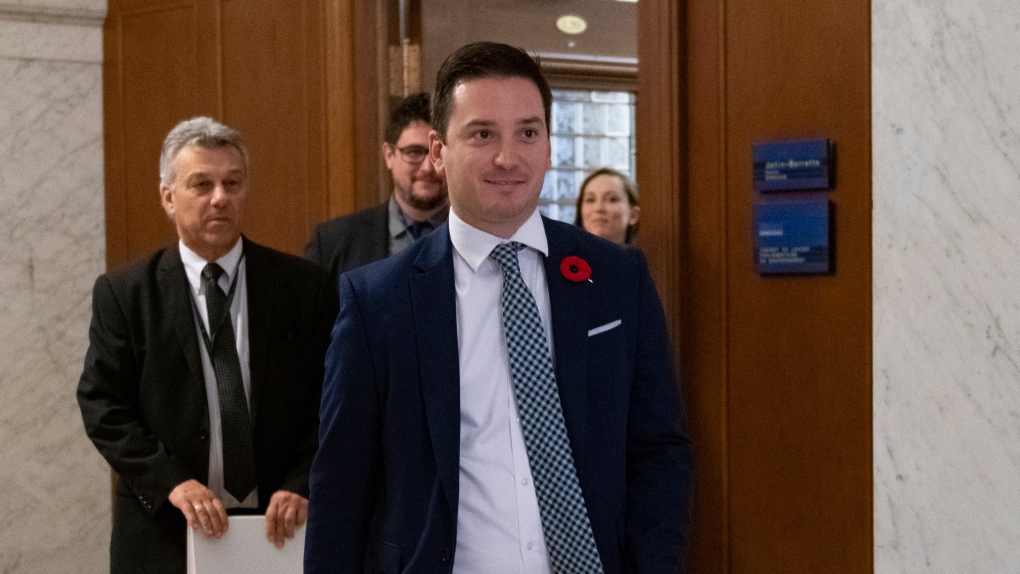 Simon Jolin-Barrette Minister of Immigration, Diversity and Inclusiveness arrives to unveil new measures, including a test for immigrants, Wednesday, October 30, 2019 at the legislature in Quebec City. . THE CANADIAN PRESS/Jacques Boissinot

MONTREAL -- Quebec and the provincial bar association have agreed to raise legal aid fees - a dispute that dates back several years.

It took three years of negotiations to achieve the agreement, which Minister of Justice and Attorney General Simon Jolin-Barrette and bar chaiman Paul-Mattieu Grondin announced Friday.

The agreement stipulates that 5 per cent will be paid retroactivity for legal aid mandates accepted between Oct. 2017 and May 2019.

Overall, the fee increase is around 14.7 per cent, which represents $35 million, the justice department said.

In reality, legal aid rates were so low that few lawyers in private practice were interested in accepting a file. The increased fees will, therefore, increase access to justice for the most disadvantaged, according to Jolin-Barrette.