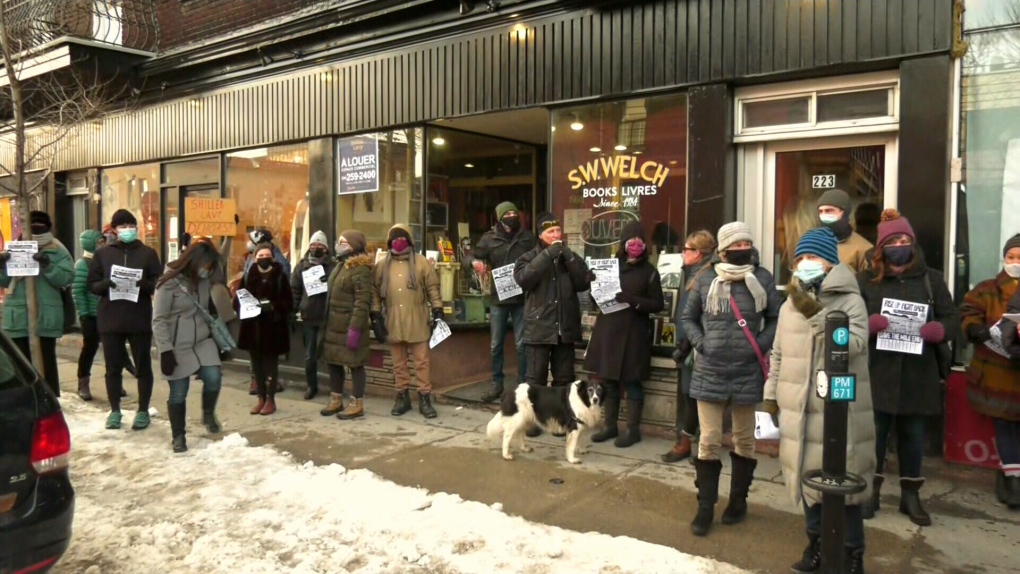 S.W. Welch Bookseller, a Montreal bookstore facing closure after rent costs allegedly rose 150 per cent, will remain open for two more years after the landlord had a "change of heart." (CTV)

MONTREAL -- Quebec Solidaire is asking the Quebec government to act quickly with the City of Montreal to protect commercial sectors from heavy real estate speculation.

Mercier MNA Ruba Ghazal is raising concerns about commercial rent in the city after Arts Cafe in the Mile End neighbourhood announced that it will have to close following a 40 per cent rent increase.

Ghazal wants the government to legislate the registration of commercial leases in the Quebec land registry to help commercial tenants defend themselves against rogue landlords.

Ghazal is also proposing to impose a standard lease with mandatory clauses, which would allow for the setting of rates at the time of signing the contract. Commercial leases are complex, sometimes exceeding 100 pages, which allows bad landlords to play tricks on small businesses, according to the MNA.

She said that local businesses are being squeezed like lemons by developers who are pushing them to the wall in the midst of a pandemic that has hurt businesses.

In her opinion, the Quebec government is letting landlords get away with whatever they want.

-- This report by The Canadian Press was first published April 5, 2021.