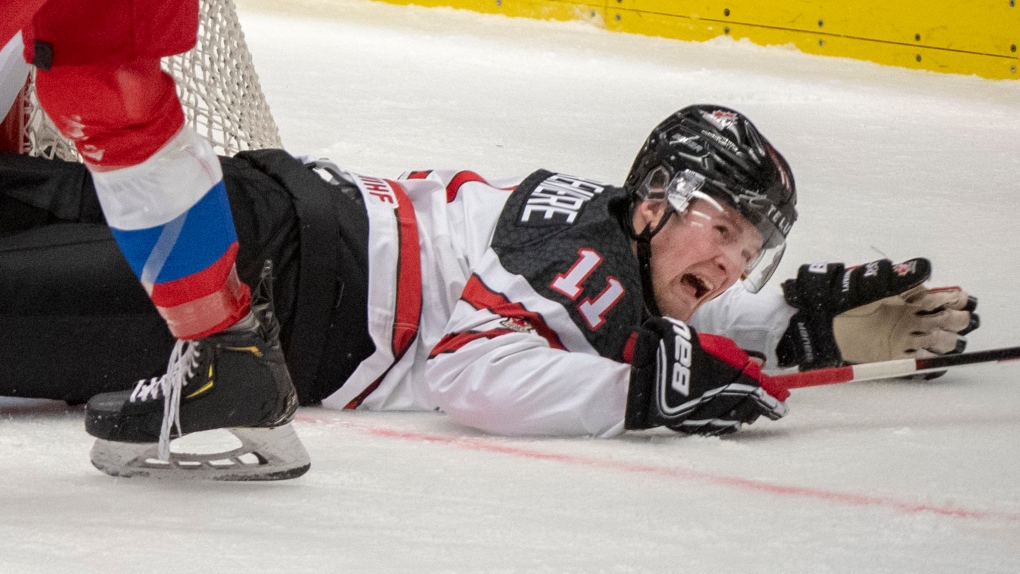 Rimouski Oceanic star forward Alexis Lafreniere was suspended by the Quebec Major Junior Hockey League for three games on Tuesday for checking to the head.

Lafreniere got a five-minute major and a game misconduct nine seconds into the third period of Rimouski's 4-2 win over the Quebec Remparts on Sunday.

He drove his shoulder into Remparts forward Thomas Caron, who had his head down trying to corral a bouncing puck by the centre line.

The 18-year-old from Saint-Eustache, Que., leads the QMJHL in points with 24 goals and 60 assists in 39 games.

Lafreniere had two assists in Canada's 4-3 victory over Russia in the gold medal game.

He's expected to be one of the top picks at the NHL draft in June in Montreal.

If he's drafted first overall, Lafreniere would become the first player from Quebec to be the top pick since goalkeeper Marc-Andre Fleury was selected No. 1 by the Pittsburgh Penguins in 2003. He would also become the first Canadian taken first since Edmonton Oilers captain Connor McDavid in 2015.