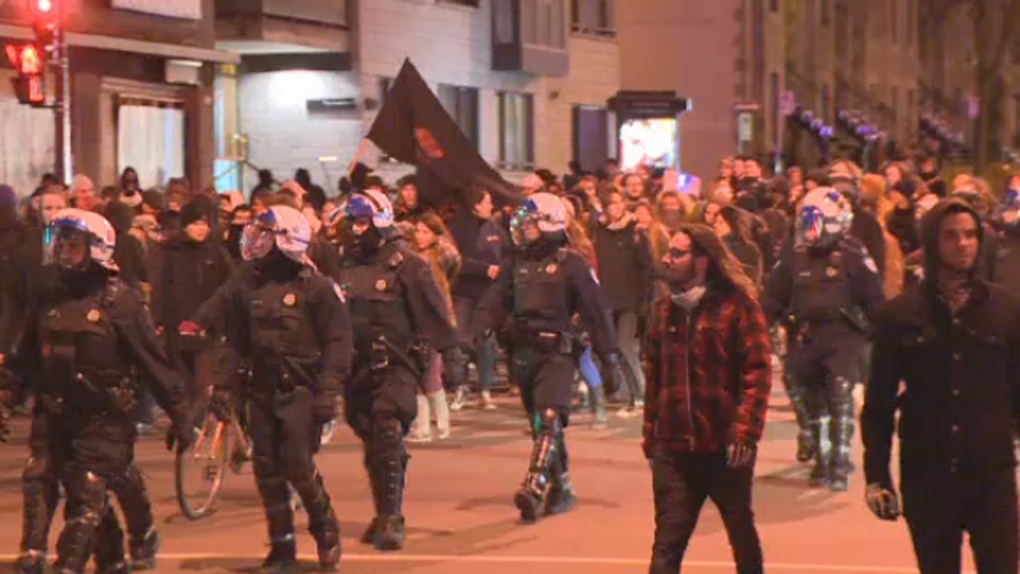 Police kept close tabs as a group of just over 100 people marched through downtown Montreal on Nov. 12, 2014

The group that arranged massive protest marches during the "red square" student movement, and that helped organize a rally for thousands on a sunny Friday afternoon in October, failed to generate much enthusiasm among protesters on Wednesday.

ASSE was hoping for thousands of demonstrators at a series of protests against "austerity," their term for the provincial government's plan to reduce spending on a host of social programs.

At some of the demonstrations there were more police officers than protesters.

Police said the final march, which began at Emelie Gamelin park, turned into a cat-and-mouse game when a handful of protesters hurled items at police, then ran off.

The protesters were dispersed but nobody was arrested.

Cegep du Vieux-Montreal was closed Wednesday, with ASSE claiming that its 33,000 students supported the protest movement.