Coalition avenir Québec (CAQ)’s national convention got underway Saturday with a strong security presence in Drummondville, Que. as police prepared to receive groups of demonstrators during the event.

Hundreds of members of the Syndicat de la fonction publique et parapublique du Québec (SFPQ) were among the first to demonstrate.

“Our members in the Quebec public service are angry with the CAQ government,” said Union Vice President Jean-Francois Sylvestre.

“It has been preventing any significant progress at the negotiating table for months.”

“Our demands are reasonable,” he continued: “fair salary conditions that take into account the job market and galloping inflation.” 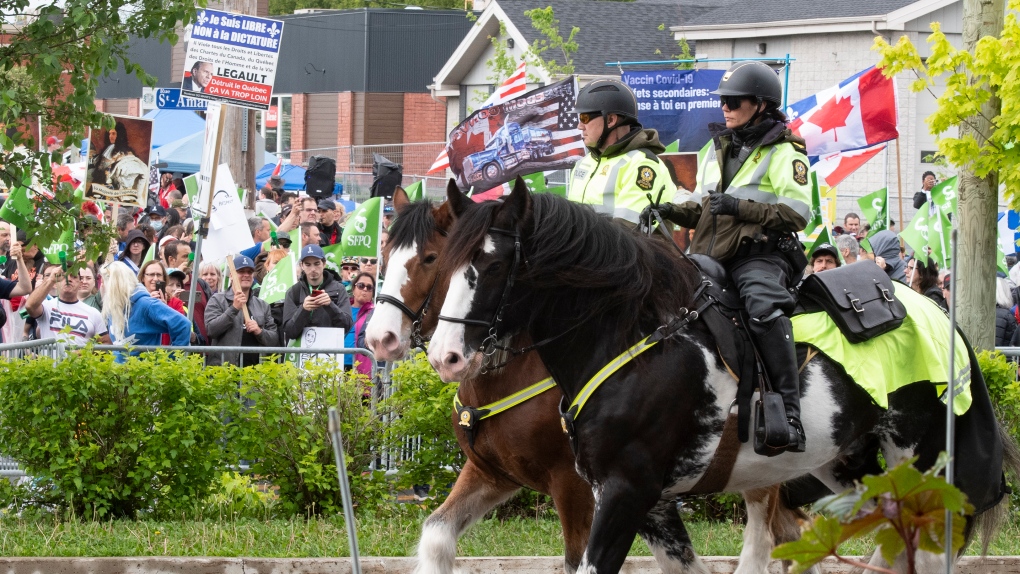 Tenants-rights advocates from several cities also made their voices heard Saturday afternoon, gathering in front of the Centrexpo Cogeco centre in Drummondville.

A group of tenants also attended the demonstration at the request of the Front d'action populaire en réménagement urbain (FRAPRU).

“There is nothing to be proud of when hundreds of households are on the verge of becoming homeless during the moving season, when rents have become unaffordable for a growing number of tenants, when households still more are being evicted and that the construction of social housing is being done in dribs and drabs,” said FRAPRU spokesperson Véronique Laflamme.

According to FRAPRU, Drummondville has a housing vacancy rate of 0.2 per cent -- fifteen times less than what’s considered to be a balanced rate.

Last year, 34 tenant households found themselves homeless there in the city, and 760 used the home-search assistance service offered by the local housing bureau.

Parents of boy, 2, among dead at Fourth of July parade shooting

Aiden McCarthy's photo was shared across Chicago-area social media groups in the hours after the July 4 parade shooting in Highland Park, accompanied by pleas to help identify the 2-year-old who had been found at the scene bloodied and alone and to reunite him with his family. On Tuesday, friends and authorities confirmed that the boy's parents, Kevin McCarthy, 37, and Irina McCarthy, 35, were among seven people killed in the tragedy.