Demonstration organizers called the names of victims over loudspeakers as people gathered in Wilfrid Laurier Park. Jessica Quijano of the Coalition to Defund the Police, said communities such as the homeless are among those that require more attention.

“Sometimes it can be tragic in the event of a death and we'd really like to re-invest that money, about 50 per cent of the budget, into communities,” she said. 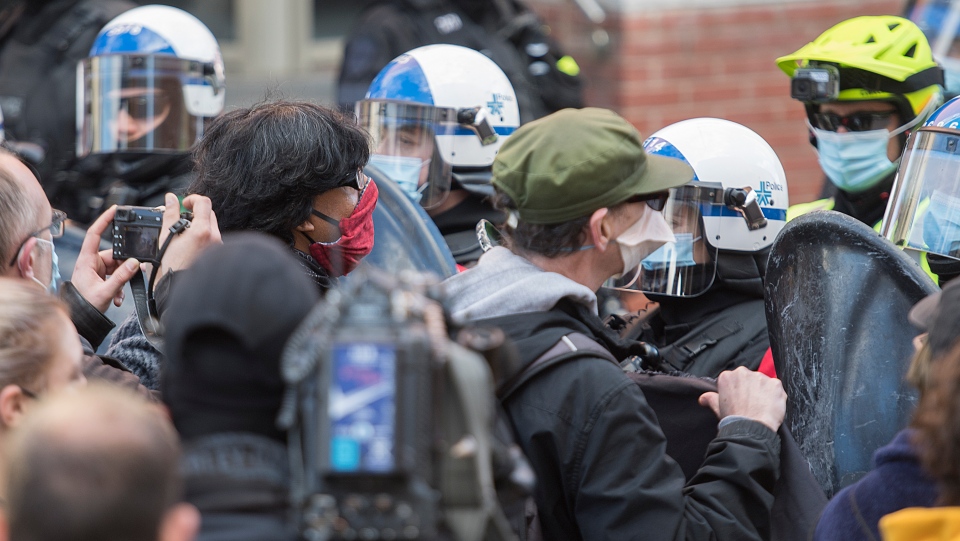 The march left the park and wound its way to the Plateau as organizers called out their demands: defund, disarm, decolonize, re-invest and decriminalize. Sandra Wesley, spokesperson for sex workers advocate group Stella L'Amie de Miamie, said the last one is particularly important for changing the system.

“The police have a budget of over $600 million and we think that money could be much better spent on programs that actually improve people's lives,” she said.

Tensions rose when the march stopped in front of the Police Brotherhood's office. Officers barred marchers from heading south down Berri, so the group headed east.