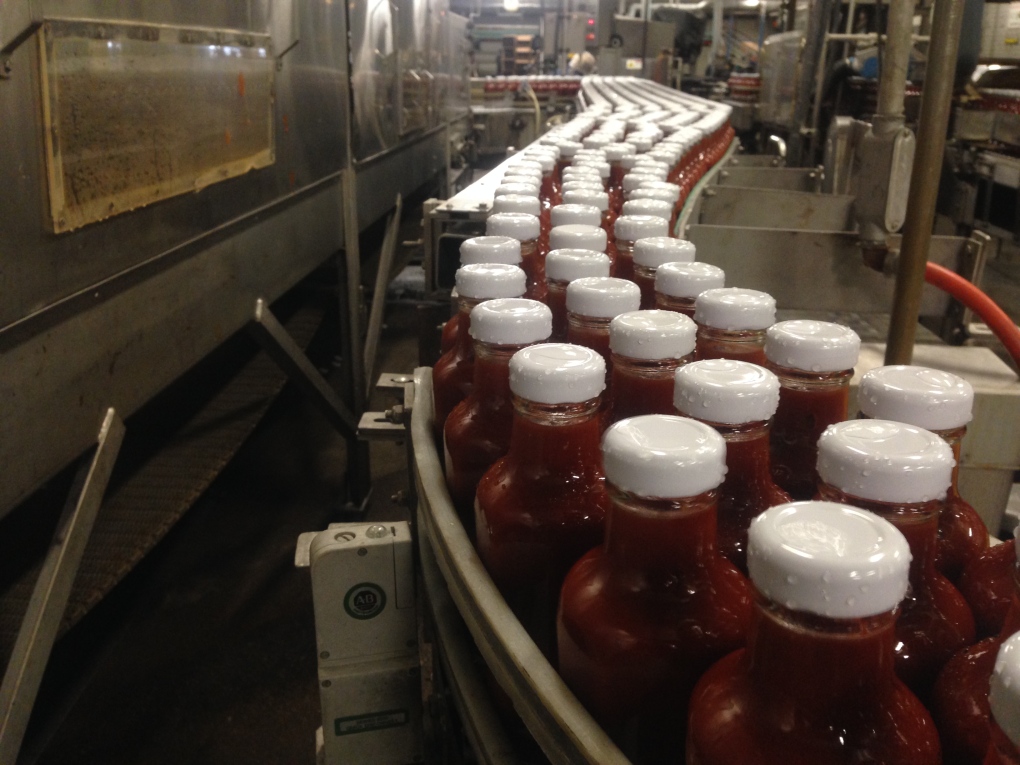 Ketchup is shown at the former Heinz ketchup plant in Leamington, Ont.
MONTREAL -

After months of preparation, the king of condiments — Heinz Ketchup — is officially being produced at the Kraft Heinz facility in Mont Royal.

The Mont Royal factory is expected to produce more than 100 million pounds of Heinz Ketchup for Canadians in the next two years.

The news comes seven years after production of the condiment moved from a facility in Leamington, Ont. to the United States, to much protest from Canadian consumers.

Now, Canada-made Heinz ketchup is back, as part of a long-term strategy to supply Canadians with more foods that are locally-produced, according to President of Kraft Heinz Canada, Bruno Keller.

"We are pleased to be investing in our people and our plant to return this iconic product back to Canada," said Keller in a press release.

The project will create 30 new jobs and help maintain roughly 750 more at the facility, through collaboration between Kraft Heinz Canada and Quebec’s business expansion program.

Although Heinz Ketchup is now becoming locally produced again, its ingredients are not yet locally sourced.

"We're working with Quebec farmers and we’re working with Ontario farmers as well to get tomatoes produced here in Canada. The goal is by 2023 to have Canadian tomatoes," said Av Maharaj, Vice-President Corporate Affairs, Legal and HR at Kraft Heinz Canada, in an interview on the Elias Makos Show on CJAD 800 Friday morning.

Maharaj said that the demand for Heinz ketchup in Canada today is "unprecendented."

New research suggests that cutting fossil fuel emissions by adopting electric vehicles can improve air quality and potentially reduce respiratory problems in communities. But these benefits may not apply to all neighbourhoods in the same way.